Data Science Education: Where It Needs To Begin

Last September, there were more than 120 analytics and data science programs being offered in the U.S., but only 14 of them were at the undergraduate level. Why do we need an undergraduate analytics degree?

In the early 2000s, the corporate world experienced an incredible transformation. More businesses completed transactions online, which allowed them to reach broader audiences. Every transaction was recorded - and by 2009, an average corporate database contained about five petabytes, or 5,000,000 gigabytes of data.

In 1998, Google started logging every search made. In 2004, Facebook started logging every interaction their users were making. And in 2005, YouTube began moving vast amounts of video data across the globe. At the time, current technologies weren't capable of handling the massive amounts of big data, so new technologies evolved, which required different competencies.

The demand is set to grow. We are entering an era of the Internet Of Things (IoT), and by 2020, about 30 billion objects may be connected to the IoT, compared to roughly 10 billion in 2013. The amount of data generated will continue to grow tremendously. For example, a Boeing 787 generates 40 terabytes per hour; oil & gas off-shore rig operation generates eight terabytes a day; a self-driving car generates one gigabyte per second; General Electric gas turbines generate 500 gigabytes per day; and the list goes on.

As the demand for data grows, so too will the demand for human capital and quantitative techniques (statistics, data mining, forecasting, optimization, etc.). In 2011, the McKinsey Global Institute estimated that, "By 2018, the United States alone could face a shortage of 140,000 to 190,000 people with deep analytical skills as well as 1.5 million managers and analysts with the know-how to use the analysis of big data to make effective decisions." Our data science students are part of that future human capital.

The solutions to this problem took different forms - from technological (trying to automate a lot of tasks, to avoid hiring analysts and engineers, for example, Treasure Data, RapidMiner, etc.) to educational (data science and analytics degrees, bootcamps, MOOCs) to organizational (Data Science teams, where each member has a strong core capability in one of the Data Science functions, like coding or statistics, and is familiar with the complimenting disciplines).

In 2007, North Carolina State University started offering the nation's first Master of Science in Analytics degree program. As of last September, there were more than 120 analytics and data science programs being offered in the U.S., but only 14 of them were at the undergraduate level.

The demand for graduate degrees comes primarily from adult (non-traditional) students that are trying to get a competitive edge at work to compete with a younger crowd, or change profession altogether, who already have undergraduate or even a graduate degrees. 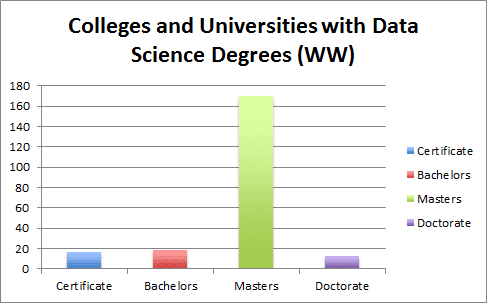 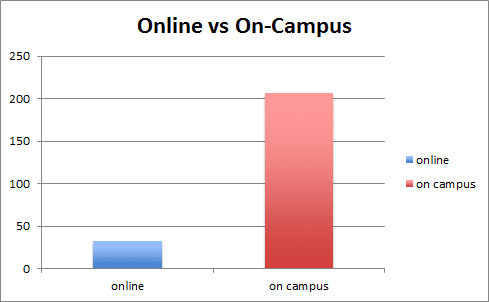 Does that mean undergraduate degrees are not needed?

Many industry leaders and influencers believe that building a foundation in STEM (science, technology, engineering, and math) early on is very important. The undergraduate degree should build up on the following knowledge and competencies:


Bio: Feyzi Bagirov, @FeyziBagirov, has been in Business Intelligence and Analytics field since 2006. He has BA in International Economics from Azerbaijan U. and an MBA from Babson College. He is a Founding Director of Data Science program at Becker College, an Analytics Instructor in several undergraduate and graduate online programs and a founder and co-organizer of the "Big Data Behavioral Analytics Boston" meetup.