We examine the deep nature of bias and prejudice and wonder if prejudiced minds and 'good' data scientists coexist in harmony and if they can coexist, does it lead to disruption or disruptive innovation?

By Ankit Mahajan, CEO and Chief Editor RetailMarketingTechnology.com, Based in Austria and India 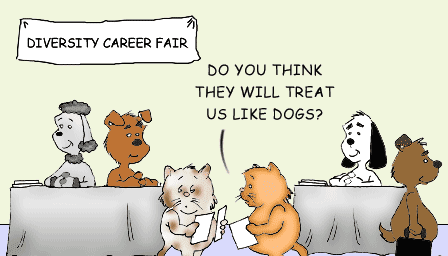 A Conversation between Accused, Lawyer, Judge and an Objective and Subjective Data Scientist in the Court of Law:

The above 2 conversations are just small examples of how public discourse is evolving even though world is becoming smaller with the advent of technology and science in this age of powerful opinionated media with fast, high volume and high velocity real time information.

My experience in the Data Science Industry has made me ponder very closely on problems, issues, situations and moments with a greater sense of objectivity and has propelled me to upheld my fundamental belief that human beings are born subjective and tend to become more and more prejudiced in life unless they become cognizant of subjective and objective context to every situation, and assumptions underneath. There is still a difference between a prejudiced mind and a prejudiced mind that is aware of the prejudices.

If you study the geo-politics of the world-whether its the current ISIS conflict in the middle east or whether it was the Colonisation in the past, or the Cold War between Russia and the US or the World Wars or whether it was the rise and subsequent downfall of Adolf Hitler, or whether it is the radicalisation aspects of the religion, all these events are/were the manifestations of prejudiced minds and history is replete with examples where prejudice of a leader benefitted one community at the expense of other.

It makes me ponder in a local context (like data scientists talk in case of machine learning algorithms-convergence to a local maxima/minima):

It makes me ponder further in a global context (like we say in machine learning-convergence to a global maxima/minima :-) ) - Is the progress in science and technology and ever so powerful media converging the world or diverging the world? To be more specific - is the Prejudiced Mind

Coming back to the question of data scientists - (some call it the sexiest job of the century) - I wonder can prejudiced minds and 'good' data scientists coexist in harmony and if they can coexist, does it  lead to disruption or disruptive innovation or there is no relationship?

I try to ponder deeply and objectively with slightly prejudiced mind that is aware of its prejudices.... :-) The Story does not end here... More to follow.....

Bio: Ankit Mahajan, CEO and Chief Editor RetailMarketingTechnology.com, Based in Austria and India.