Beyond the Fence, and the Advent of the Creative Machines

Creative machines have been making their influence felt for some time, but an upcoming stage production challenges preconceived notions of what art is. 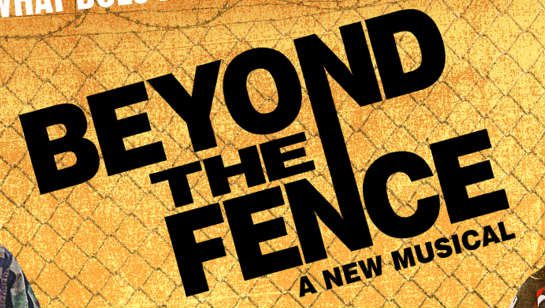 Beyond the Fence is a new musical running from February 22 to March 5, 2016 at the Arts Theatre in London's West End. Set in 1982, it is a story of "hope, defiance, unity and love," set against a backdrop of peace activism and an unlikely relationship with a member of the military the main character demonstrates against. It sounds like the typical fare you might find in London's world famous West End Theatre District.

Typical, that is, until you read this particular line from the website, which effectively sets Beyond the Fence apart from other musicals:

Beyond the Fence is conceived by computer and substantially crafted by computer. It is modelled on a statistical study of the 'recipe for success' in hit musicals.


Well now, that is rather... unconventional. Beyond the Fence is computer-generated art! It all but says so itself. It is, however, a bit different than our previous examples of computer art: as a piece of performing art, it is actually put on by human beings. Instead of the earlier examples of computer-assisted human art, this seems to have flipped the proverbial script: this is human-assisted computer art!

And Beyond the Fence is immersively computer-generated. In basically every aspect. Characteristics of successful musicals were first analyzed by researchers from Cambridge University (using machines), in order to determine optimal cast sizes, backdrops, and emotional structure. The musical's concept was then selected by humans... from a group of computer-generated possibilities from the What-If Machine at the University of London. The plot structure was generated using storytelling software from the Complutense University of Madrid called PropperWryter.

The music composition has also been governed by computer. A machine learning lyricist, affectionately named Claudia, learned English from Wikipedia, studied the lyrics of other hit musical productions, and then wrote the lyrics for all of the songs in Beyond the Fence. That's right. The songwriter is GPU-powered and lives in the cloud! And the musical score that goes along with GPU-accelerated lyrics? It was composed by a composition model trained by show tune analysis. The model's name? Android Lloyd Webber. Of course.

It's clear that it is not the entire creative process which is being controlled by machines; humans are coordinating the various aspects and interactions between these stages. And some of these stages have more human input than others. For example, information is scarce on whether the spoken (non-musical) dialog has been crafted by human or machine. I suspect the omission of such information to indicate that it has been human-crafted. I'm not sure this makes the project any less impressive.

So the question, then, is this: is Beyond the Fence art? I haven't seen the show. No one has (yet). But I don't think there could be much of an argument made for this musical not being art. And, that being the case, have the machines now definitively become creative? The line has most certainly been blurred.

I, for one, welcome our new artistic overlords.