Here we look at another project from Chicago University’s Data Science for Social Good (DSSG) Program which helps make the world a better place.

It is estimated that globally 289,000 women died due to pregnancy, child birth or postpartum complications in 2013. In Mexico this figure has decreased from 89 (deaths per 100,000 live births) in 1990 to 43 in 2011. Even though this is a reduction of over 48%, progress has declined significantly in recent times and unfortunately Mexico was not able to reach its goal of a 75% reduction by 2015. The aim of this project was to identify actionable policies and insights so Mexico’s Office of the Present could make even greater improvements to these figures.

The data which formed the subject of the analysis was municipality level census information as well as patient and hospital records over a ten year period, providing socio-demographic information, births and deaths and various other biometrics over this period. The models found two major areas in which policy changes could be enacted: healthcare and poverty. Specifically in the interaction of these areas, adjustments in the areas of prenatal care, accessibility and further provision of caesarean section could provision great gains in maternal mortality reduction. 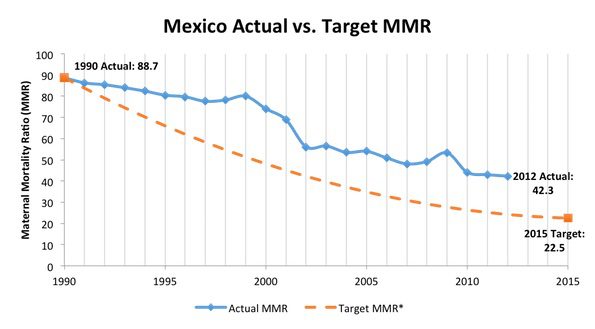 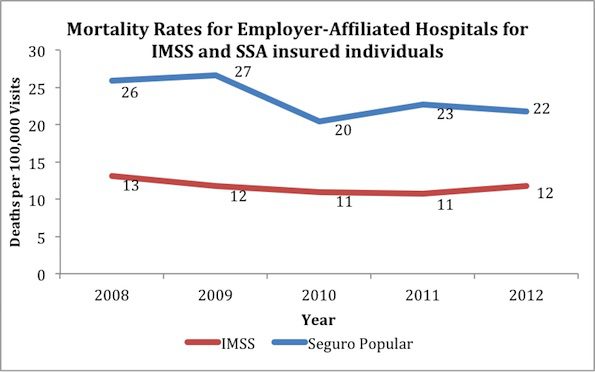 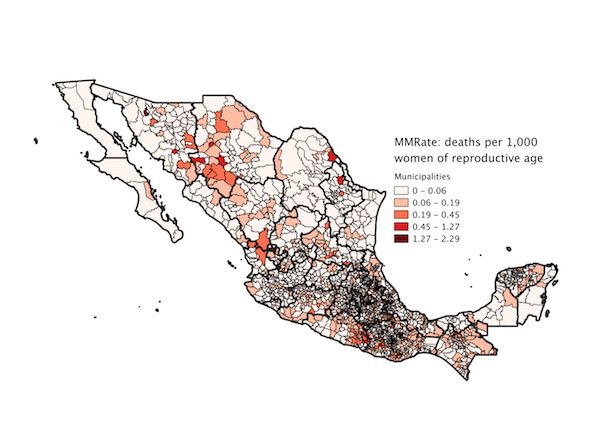 With regard to accessibility, the distance an individual had to travel to a hospital had a large impact on mortality rates. Citizens in an area greater than 20km to the nearest hospital were found to these regions have higher instance of maternal mortality rate. Armed with this information the Mexican Government was provided with information that could significantly improve healthcare for pregnant women and achieve the aims set out by the WHO Millennium Development Goals.

There are 32 states (including the Federal District) in Mexico, whereas there are ~2,500 municipalities and over 192,000 localities. Understanding where there are issues at a level that’s potentially 6000 times more refined will enable Mexico to better target and design interventions for the sake of saving moms.