For the 2015 Stack Overflow Developer Survey, more than 26,000 people from 157 countries participated in a survey of 45 questions. Participants came from across the developer spectrum, including full stack developers, mobile developers, front end developers... and even data scientists and machine learning developers. With a wealth of data made publicly available, there are definitely a number of insights to be had within.

Blogger Andrey Kurenkov, an engineer with an interest in AI-related topics, and author of an informative series on the history of neural networks (a series of posts for which he has also provided some interesting visualization and analysis), has put together a fantastic blog post with a whole host of visualizations drawn from the survey data. While our readers (may or) may not be interested in the majority of the collected data and its subsequent visualization, there are a few specific insights which relate directly to our shared interests.

Here are 3 specific insights of interest to data scientists, machine learning developers, and others involved in analytics.

According to the survey, machine learning developers have the highest job satisfaction on average of all respondents. It is worth pointing out that machine learning developers were among the lowest number of respondents in the survey, at least to this question (see the counts in the legend for a quick overview), one should keep the outcome in perspective. However, it is certainly an interesting piece of information to walk away with, and I'm sure one that many of our readers could agree with. 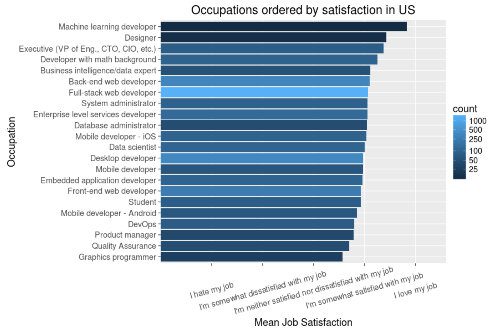 According to this visualization of occupations by languages, data scientists seem to like Python! SQL also seems popular. Few surprises there. Missing from the analysis, however, is R, likely for the simple reason that it is a domain-specific language which probably enjoys very little use among non-analyst types, and doesn't show up in great enough numbers to warrant inclusion in such a survey.

Machine learning developers tend toward Python as well, along with C++, which seems reasonable, given that much of machine learning these days involves high-level Python code and APIs calling lower-level C/C++. Perhaps unsurprisingly, Java also enjoys a respectable amount of adoption. 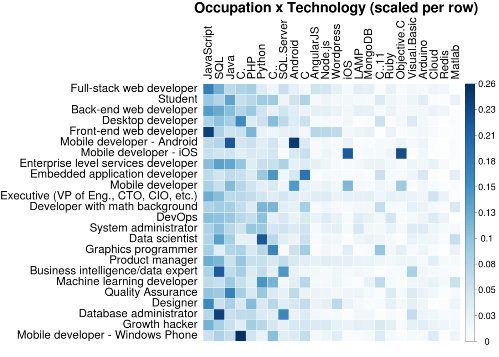 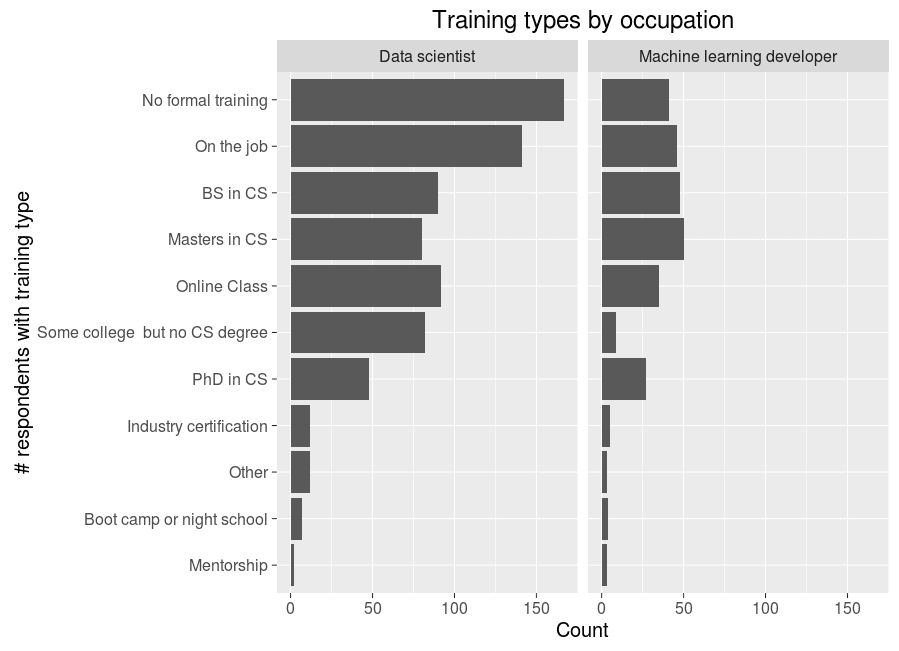 So there you have it: 3 data scientist and machine learning developer career insights. As mentioned, Andrey's post is great if you have the time, and the original survey is available here as well.

Here is the code for creating the visualizations in this post.