Who do I call if I want to call Europe?

Despite all obstacles, Europe built not only the biggest world economy but also a special place where people are protected like nowhere else on the planet. Here is a tiny EU programme that played a key role.

“Which is the biggest economy in the world?”

“The United States of America Sir”

A repeated exchange between the author and his former MBA students

I have a (rather strange) habit for praising French excellence in advanced computer science, mathematics or the excellent international ranking of our most prestigious business schools. An appraisal conveying such a beatitude, or allow me, a remarkable stupidity.

And that’s for a very simple fact: the European Union is still the biggest economic power in the world! 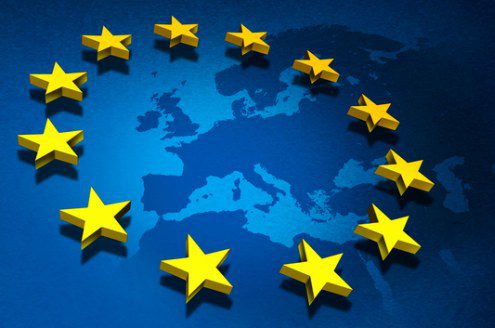 But as I’m about to deconstruct my own and very wired set of beliefs, let us have some paper space to travel back into time. The ECSC, which in turns became the EEC, the EC and finally the European Union (UE), has been built on a dual ideal: insuring peace and economic prosperity. Through 64 years of construction, leaps forward, petty squabbling, tugs-of-war between all-mighty state or liberalism, common policies, historical wasted opportunities, the most wonderful collaborative projects or violent failures, we, Europeans, have nevertheless managed to build not only the biggest world economy but this rather special place in the world where people are protected like nowhere else on the planet.

Yes, the European is not only the largest economy in the world, but also the most protective (more or less) structured political unit on the planet. Who would have thought in a depressive, deflationist post Lehman Brothers fall period?!

But let’s not look back (in anger?) but contemplate the present and imagine the future. Our double European ideal was not cemented by the Common Market, let alone the meaningless Euro. The end of centuries of regular conflicts and its related prosperity have been sealed by a rather tiny European Union programme (in euros): Erasmus. For those who had the chance to experience as well as those currently experiencing, you have to look further than a the widest, trans-European pub crawl ever organised in History (heavily?) financed by Mr and Mrs the European Taxpayers.

Admittedly, one does not increase much one’s academic knowledge during an Erasmus exchange. Except from becoming an expert at mastering the price of alcohol using purchasing power parity. However, Erasmus Exchange students acquire much most precious (and subconscious) skills:

They also learn something fundamental: humility. During an Erasmus exchange, the French engineer-to-be discovers how his/her industrious German colleague is naturally more gifted for project management, how brilliant his/her outgoing British mate is at marketing an idea and how his/her attractive Scandinavian classmates would never think of diverging from work ethics.

The next industrial revolution that has started Big Data and Data Science has an imperious need of these four skills. The 21st century will witness a ruthless economic battle between the USA, China and Europe. It is now time for the EU to stop quenching the Silicon Valley thirst in hiring European-trained talents, for whom it has spent hundreds (or even thousands) of billions of euros in providing them with fairly cheap yet advanced Higher Education.

And I am now closing my loop: Big Data and Data Science shouldn’t and won’t be French. They will and have to be Europeans in all their components. Yes, the “French Region” will bring its renowned engineering and scientific geniuses, which are its best assets. But our amazing new European generations are already there to make it whole: they study, they travel, they become friends, they work and they even marry together. And these are the most beautiful and priceless goals the European Union has ever achieved.

Now, with so little money invested, we can’t help but think that our European politicians could even do better in financing our “organic growth”. My dearest British friends, should they even be atheists, will probably say:“God help us”!

Bio: Sébastien Corniglion is European citizen.  He is CEO - Teaching & Research of Data ScienceTech Institute, with Paris and Nice/Sophia Antipolis campuses in France. He commutes frequently between France and the United Kingdom.