Data is the New Everything

Data gets a lot of mainstream attention these days, and has been compared to all sorts of different things. This is a lighthearted look at some of the top suggestions from Google autocomplete when searching for the phrase "data is the new" something.

Some of these comparisons are ridiculous, while others are very ridiculous. Still others are less ridiculous, and may even have some element of logic buried somewhere deep within.

To get an idea of what new thing people seem to believe data is, let's take a look at what people are searching on Google. The top 4 Google search terms offered by autocomplete are shown below.

Data is the New Oil

The top item returned by Google search is the Wired article "Data is the New Oil of the Digital Economy," from July 2014. An excerpt from the article, which seems to capture its tone, is as follows:

Data in the 21st Century is like Oil in the 18th Century: an immensely, untapped valuable asset. Like oil, for those who see Data’s fundamental value and learn to extract and use it there will be huge rewards.

There is some obvious truth behind this. More recently, and in support of this claim, the digital economy has since been re-branded the algorithm economy. The Forbes article Big Data Fades to the Algorithm Economy outlines this proposed change, and the following article quote provides some context:

But for all of its value, data is inherently dumb. It doesn’t actually do anything unless you know how to use it. Oil is useless thick goop until it’s refined into fuel. Big data’s version of refined fuel – proprietary algorithms that solve specific problems that translate into actions – will be the secret sauce of successful organizations in the future.

I would, however, argue that the analogy of refined fuel being akin to propriety algorithms is inaccurate; instead, refined fuel is the insight extracted from data, and the algorithms (they may or may not be proprietary) are the extraction and refining tools. The spirit of the article seems accurate however. The takeaway from this 'data is the new...' search term is that data may be harboring a wealth of insight hidden within, a now-forgone conclusion, and the driving factor behind the Big Data Era.

Data is the New Bacon

Well now, this is a much tastier take on data.

The first search result is a post outlining a Cloudera T-shirt. I assume the logic here is that people like bacon, just as people like data. Easy enough.

I'd like to find something deeper here, maybe a link to the salty deliciousness that is hiding within data, or the aromatic distinctiveness which it possesses. But, truly, I think Cloudera was engaged in a clever bit of marketing is all. It must have struck a chord, however, as years after the promotion the term is still sitting at suggestion number 2 in autocomplete.

I don't eat bacon, but I sure love the smell of it. Maybe that's the point, something like the infamous 'big data is like teenage sex' quote: I don't actually take advantage of data, but I sure like the sound of doing so. That probably describes a number of organizations quite well. Either way, I'm sure Homer Simpson would be more interested in data if this search suggestion were true.

Data is the New Currency

The first item returned by a Google search for 'data is the new currency' is this article from Business Innovation Factory, a business consulting community. I can't tell when the article was written, but it is a relatively beginner level introduction to the concepts of large-scale data collection, privacy, and metadata, it ticks a few of the regular boxes as follows:

The content of the call is important, according to JoAnn Stonier, global privacy and data protection officer for MasterCard Worldwide. But it’s the metadata — data about data — that is of such high interest to a variety of parties. “It’s a different currency,” she says. “Data is the new form of exchange.”

The message here is straightforward: data provides us with new methods for asserting value, and we could say that this value could be either real or assumed (hello, numerous failed data-oriented startups and ill-conceived organizational data projects). Let's hope we don't encounter widespread currency devaluation.

Verdict: Reasonable, in that it is basically a simple statement of fact. 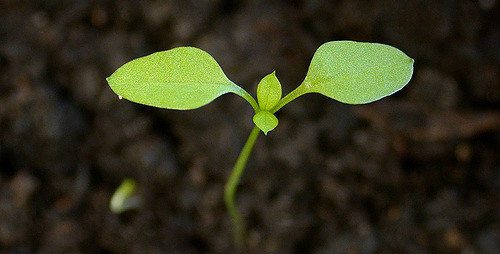 Data is the New Soil

This article, from the Columbia Journalism Review (dated 2010), is the first item returned by a search for 'data is the new soil.' The article quickly references a 2010 TED talk by David McCandless, which is credited as the origin of the term, and eventually goes on to explain what is fairly obviously at the crux of the analogy:

Data is “a fertile, creative medium” for journalists, which we can “irrigate with networks and connectivity,” he says. “Data is the new soil.”

Treat it well, and data will yield healthy crops of insight. Conversely, don't provide the necessary water and sunlight () and the data dies. Likewise, not properly taking care of the harvested crop and it won't provide the intended nourishment. I'm sure we could go on and on here, but it's probably best not to.

Oil. Bacon. Currency. Soil. Each of these 'data is the new' search term analogies can be fun, and some of the accompanying top search term results provide some useful, if elementary, insights, but they all overlook something that data researchers and professionals know: data, in each of the presented scenarios, is assumed to be "good data," and the expectations of myriad magical insights are not tempered. Of course, that is not the intent of these catch phrases. 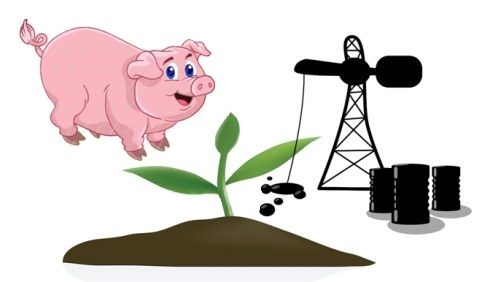 But I think that's the most useful takeaway, here: building expectations on catch phrases is probably not the best idea. While data certainly is a lot of things - maybe it is even the new oil, bacon, currency, or soil (spoiler alert: it's not bacon) - it can't be everything. A balanced view of what data can and cannot reasonably be expected to do is required when adopting a data-related strategy (go figure, right), and buzzwords do not capture this idea.

You will now have to excuse me. I'm frying up some data, and the smell is fantastic.