Driven by rising healthcare costs and competitions for top schools, more organisations and individuals are turning to Big Data and Analytics to try and give their children the upper hand.

Over the past five years, Big Data has been used in many areas of twenty-first century life as a means of making daily processes simpler, quicker and improving outcomes. Whether it be the automotive industry, online shopping or professional sport, it is almost impossible to find an area which has not been affected by the rise of the Big Data phenomenon. However, one group which has been protected from the effects of this Big Data explosion is children, as many parents have to this point, been unwilling to share their children’s personal medical data.

However, with rising pressures brought on by increasing medical costs, competition for school and university places and an ever-widening poverty gap, more and more organisations and individuals are turning to Big Data and Analytics to try and give their children the upper hand. This is not a decision that has been taken lightly, but as a means of ensuring that each child is given the best chance of succeeding in life in a world where the odds are stacked against them.

A twenty-first century birth is far removed from a birth thirty or forty years ago. From the moment that the foetus begins life inside the womb, it is regularly being monitored for its heart rate, its pulse, and increasingly importantly, whether it is developing any potential birth defects. When the baby is finally born, it almost instantly develops its own digital footprint, not only in its medical data, but through the many photographs that will be taken and uploaded to the web within hours of its birth. There have been several developments made in the field of baby-centric apps, such as ‘Sproutling’, which works very much like a FitBit; measuring vital signs and allowing a parent to monitor their child in mind-boggling detail. Much of this data can be collected and then used to compare a child against others of the same age in the same country, allowing parents to know if their child is developing at the same rate as those around them.

With the spread of diseases and airborne pollution an ever-growing concern, many hospitals are following the example of Seattle Children’s Hospital and utilising data to treat their young patients more efficiently. SCH partnered up with technology giant IBM to utilise massive volumes of their hospital and patient data which had previously gone unanalysed, and improve care for its patients. The hospital needed a consolidated platform on which they could view and collate patient data in order to find solutions more quickly.

IBM’s PureData system is a dashboard that can track each patient and their respective data across every visit to the hospital, and can identify similarities in symptoms and treatments. This platform helped Seattle Children’s Hospital to cut query times by between fifty and one hundred percent, meaning that more patients have been able to be treated in a much shorter space of time. In addition, the patient’s data, if they have chosen to pool it, can be used to try to find treatments for conditions such as meningitis, and these treatments can then be shared with other hospitals around the world.

In the early stages of any child’s life, there are two main areas which parents look forward to more than any other. One is the child taking its first tentative steps, and the other is when the child finally utters the first sounds which vaguely resemble human speech. MIT Professor and Twitter Chief Media Scientist, Deb Roy didn’t want to miss this moment at all, and so using his family as test subjects, recorded over ninety thousand hours of home video footage using fish-eye micro-cameras located in every room of his house. Dubbed The Human Speechome Project, he was able to monitor the six-month period it took for his son to go from saying ‘GaaGaa’ to ‘Water’. He was also able to virtually map the house, and cross reference this information with where certain words were spoken most frequently, such as ‘bye’ near the front door, to find how his son learnt the meaning and context of certain words. This extraordinary research and its discoveries would not have been possible without the capture and analysis of data; it truly shows the potential of the technology to improve children’s lives. 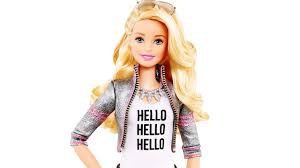 To this end, toy companies such as Mattel are starting to produce toys that can listen to and communicate with the child, utilising the power of Deep Learning. Mattel’s ‘Hello Barbie’ listens to the child’s questions, responding using a bank of over eight thousand answers in under a second.

There have been question marks raised about the privacy of the data recorded by the dolls; Mattel have tried to allay fears by saying that any data is securely stored at their headquarters, and only used to improve the products and service in the future. However, many are concerned that if personal details have been innocently mentioned by the child or its family in ‘earshot’ of the doll’s microphone, this sensitive information could be sitting on a database at Mattel HQ. In the midst of revelations surrounding mass surveillance in recent years, it is understandable that there is a certain degree of hesitancy with which people accept that this is the way forward for the toy industry.

One of the areas in which Big Data could have a hugely significant impact in the long term is in schools. Analytics is already being used in the United States on a more widespread basis to compare the performance of different school districts in certain criteria, such as average test scores and internet use per week for certain age groups. This information can then be used to improve the performance of the students and the staff. In some US schools, an EWS (Early Warning System) has been trialled.

This system tracks the performance of individual students during their time at school and offers a score based on their aptitude, which reflects the likelihood of the child succeeding at high school and college. The system means that students with lower scores can be monitored more closely in order to improve their score and increase the chance of educational success. However, the system’s critics, of which there are a considerable number, suggest that attempting to predict a child’s future successes through their schoolwork is inappropriate, and doesn’t allow the child to develop normally and naturally as a result of the constant monitoring. 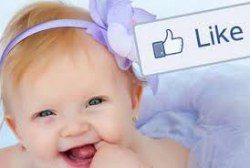 There are several points that must be addressed before we allow the development of children to be influenced by Big Data worldwide. Firstly, should children have a digital footprint on the internet before they are old enough to understand or agree to it? For example, should the many hundreds of photos of new-born babies be uploaded to social media channels like Facebook, when the child in question isn’t even aware of their photo being taken? Furthermore, how should the issue of sensitivity be tackled when it comes to using personal medical data from children for the purpose of treating disease and illness? Is it right that parents should refuse to share their child’s medical data anonymously, which could potentially help save other children’s lives, if they are uploading images of their children to the internet?

Finally; using data to 'diagnose' chances of success or other character traits may in itself change a child, by adding pressure or providing excuses, especially when there is no one fixed definition of success. It would appear as though Big Data is set to be inextricably linked to almost every area of modern life in the next ten years. When it comes to children, it may be best to consider where it might do good and where it might do harm before we let the markets define it.