Will Data Science Insure Our Future?

Could Data Science in the insurance industry actually reduce the price of policies, as individual companies and people are no longer being judged against the average, and might be incentivised to change their lifestyle to improve their policy? 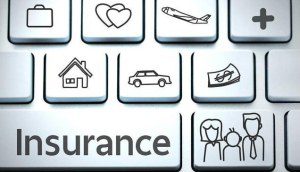 As our lives become ever more adventure-filled, spontaneous and thrilling, the need for more comprehensive insurance policies is creating a new and potentially profitable market for insurers. With the power of Big Data, they are able to access more information about their clients than ever before.

Is it right that insurance companies should be predicting every move of their clients before they happen, and crafting individual policies that directly reflect the risk of having to pay out? However, could the implementation of Data Science and Analytics in the insurance industry actually reduce the price of policies, as individual companies and people are no longer being judged against the average, and might be incentivised to change their lifestyle to improve their policy?

One area in which Data Science and Predictive Analytics could make a considerable impression would be the field of car insurance. Real time analytics are already being used to measure the driving of some drivers, and raise or lower their insurance premiums depending on how safely they drive. While this system is popular with more conscientious drivers, its sensitive parameters mean anyone with the slightest ‘need for speed’ is punished for letting their foot fall slightly too heavily on the throttle. This is an opt-in system offered by many insurance companies, but the main way in which firms identify the likelihood of a car being crashed, lost or stolen is the car itself.

Increasingly however, the drivers themselves are being examined, a mixture of personal and public data including age, gender and occupation, which is then cross-referenced with the location of the car. Previously, there were concerns that certain groups could be discriminated against, such as young males. However, it could now be possible to target insurance policies specifically to individuals, meaning those who drive safely won’t be tarred with the same brush as their peers who drive more recklessly. However, will questions be asked about the security of this personal data? As much as consumers often feel that they are completely at the mercy of car insurance firms, the firms themselves are constantly having to deal with a high level of ‘Churning’ – consumers playing firms off one another for the cheapest deal. With an individually crafted deal, there might not be any incentive to ‘churn’, saving both the insurance companies, and the consumers themselves, time and money.

Another area of insurance in which Data Science and Analytics could have a significant impact would be health and life insurance. There has always been a bone of contention around this subject, as many people with life-threatening diseases don’t feel that they should be made to pay excessive premiums for their health insurance, or even risk not being eligible for insurance at all. There is also issue pertaining to whether members of society who drink or smoke excessively should be made to pay more for their policies than those who live healthier lives. Data and Analytics offers the chance of a level playing field in the fight for an affordable insurance premium. With the ability to monitor your heart rate, number of steps per day, pulse and calorie intake in real time thanks to wearable technology, medical professionals and insurance companies can now have a much better idea of how well people are looking after themselves. If someone is taking in well over the recommended number of calories and smoking excessively, it will be reflected in the analysis of their data.

However, if someone suffering from Type two Diabetes is walking over five miles a day and only taking in 1500 calories, it will be reflected in their readouts that they are taking steps to improve their health. The only question will be whether, in the future, insurance companies will make the wearing of a Fitbit-type device mandatory in order to accurately monitor and balance the premiums of their customers. One suspects that, just as a petrolhead wouldn’t want a device monitoring their car, those who are less concerned with their immediate health won’t want every calorie they eat transferred to their insurer’s database. There would also be a great deal of unrest if insurance companies started to use the predictive capabilities of Machine Learning to anticipate a client’s life expectancy (recently coined the ‘Death Clock’), and assigning a policy price based on that. Do you want to be told that the reason your insurance policy is more expensive this year than last is because your life expectancy has dropped by four years? The confidentiality of medical data is a very contentious issue at present, so it is likely that there would be too many ethical and legal barriers for insurance companies to make this a viable option anytime in the near future.

As with many areas of twenty-first century life, Data Science and Analytics are likely to provide huge opportunities for the insurance industry to streamline their processes and maximise their revenue. However, unlike Data Science and Analytics being used to build ‘smart cities’ or predict where people will spend their money, the insurance industry, particularly health insurance, deals with human life. Although there is potential for people to pay less for their health insurance, the fact that they would have to give up personal medical data, even for the sake of a few hundred dollars, might be too much of a cross to bear.