Artificial Intelligence ‘Chatbots’ – When or if?

Chatbots can have extensive applications, now that Facebook is considering to implement AI in their Messenger and WhatsApp platforms. We examine 3 main factors that will determine the success of chatbots.

By Kit Feber, BigCloud.io on May 9, 2016 in AI, Bots, Chatbot, Cybersecurity, Facebook, Humans vs Machines, Microsoft

There has been a great deal of talk about the use of Artificial Intelligence chatbots in the last few weeks, especially given the news that Facebook are looking to implement AI into their Messenger and WhatsApp platforms, which are currently used by more than 1.8 billion people worldwide. However, does this bode well for the relationship between humans and Artificial Intelligence programs? Would you rather speak to an intelligent algorithm rather than a fellow human being? We’ve compiled some pros and cons of the potential ‘chatbot’ revolution, and what it could mean for the future. 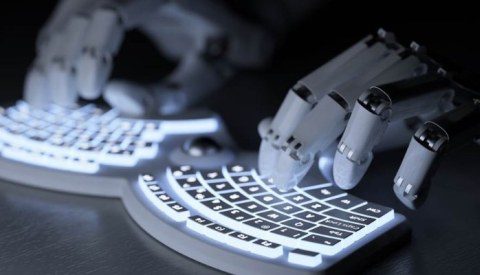 Customer Service is likely to be the most common use of AI chatbots, but could also prove to be the most divisive. If you were having an issue with your broadband, car insurance or mobile banking, would you prefer to speak to an underpaid and overworked customer services assistant, or an autonomous equivalent with access to the answers to every question you can think of? While many people would rather be able to talk over the phone to Customer Services, and scream and shout about how their Sky box isn’t recording ‘Game of Thrones’, messenger chat services are becoming increasingly popular. Partly, this is because they can be used surreptitiously, whether that be sat in Starbucks, at your desk at work, or slumped on the floor next to your broken washing machine.

In addition, the advantage of an Artificial Intelligence Customer Service assistant is that it is able to utilise the power of Big Data, combining with Deep Learning to find you a solution more quickly, and to learn from its mistakes. Mark Zuckerberg explained at Facebook’s most recent keynote presentation in April, that Facebook Messenger’s chatbot feature will be a case of selecting the name of the business you want to contact, typing your query, and then receiving an answer in rich media form (text, pictures, video, sound). No more ‘On Hold’ music and being asked for your mother’s maiden name for the twelfth time. With most businesses having some sort of presence on Facebook already, and CRM (Customer Relationship Management) one of the most important facets to a brand’s public image, the implementation of this technology on a worldwide scale is not far off. However, are there any downsides to using chatbots over conventional human interaction?

It wasn’t too long ago that Microsoft released their own flagship chatbot called Tay, and everyone was very impressed. Unfortunately for Microsoft, Tay was then taught some rather unsavoury language by Twitter trolls, and began spewing racist statements like they were going out of fashion. The bot was quickly pulled, and an apology issued. While this might have been little more than a PR disaster, does it suggest a weakness in AI chatbots, and Artificial Intelligence in general? If chatbots are going to learn new information from the general public, are there going to have to be people monitoring the chatbots to ensure they aren’t being taught the wrong information? If this is the case, does this not nullify one of the key advantages of chatbots: that they can start to replace people in customer service roles? Matt Swanson from the Silicon Valley Software Group argues that while there will have to be a certain level of human oversight in the early stages, the development of Natural Language Processing will soon see the technology able to self-moderate.

There is also the question of whether these chatbots will take jobs from humans; a subject of fierce debate for all industries and levels in the last few months. Facebook itself has been quick to clarify that these chatbots are not going to replace the people in their organisation, but instead to work alongside them. For example, Facebook have said that the customer service executives will be required to train the AI bots, and to step in when the AI comes unstuck, which is likely to be fairly frequently in the early stages! Chinese messenger service WeChat has taken the chatbot idea on, with companies having official accounts through which they are able to communicate with their customers. However, the platform is still in its early stages, and is reported to be incredibly frustrating to use, so those in the customer service sector needn’t worry that their jobs are under threat quite yet!

While we might see chatbots starting to appear through the likes of Facebook Messenger and WhatsApp platforms in the coming 12 months, one would assume that they will have learned from the mistakes of failed chatbots such as ‘Tay’, and will be dedicating teams of engineers to train the platforms, rather than relying on the general public. There are three main factors on which their success depends.

The first is with how much freedom AI in general is allowed to be developed, especially given the hesitation that the likes of Elon Musk and Bill Gates have about a potential ‘Singularity’, with Musk recently being quoted as saying that ‘Artificial Intelligence is our biggest existential threat’.

The second is arguably more important; how willing the general public are to help develop the chatbots, by having conversations with them, in the knowledge that they are talking to an autonomous entity.

More important still, are these chatbots going to be safe from cyberattacks? How will you know if your financial information will be secure if you disclose it to a chatbot, especially if there are unlikely to be the same multi-stage security checks that are the hallmark of P2P customer service interactions?

Despite these questions, we should accept that the rise of the chatbot is a case of when, rather than if. However, it is important that consumers are given the choice of when to adopt this new technology, rather than being forced into it.

Remember when Apple rammed that awful U2 album down our throats?