A discussion of using Big Data to provide insight into the big economic questions, and the big expectations that come along.

What data can be collected to drive future analyses? Amounts spent on research and development to create Intellectual property (IP), maintenance of such IP, and marketing are available within businesses. The background, experience, and education level of staff helps in assessing the future of a company. 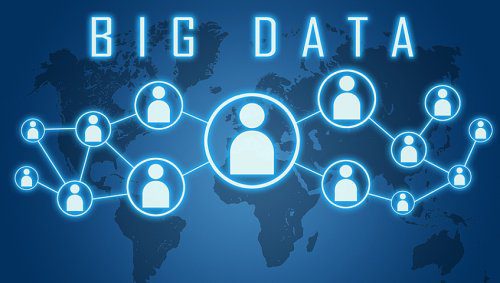 Reporting it consistently can provide useful aggregations by industry. The maturity of an enterprise should be taken into account, since a Snapchat is bound to present a different profile than a Microsoft. Venture capitalists do estimate the overall leverage of their investments and develop useful insights, although those are rarely shared beyond their peers. Prices of startup exits and mergers prices reflect rational expert opinions. Stock market prices represent the wisdom of the crowds. While much of such data are not based on verifiable accounting data, in the aggregate they are as realistic as values for the tangibles listed.

To make relevant data available computer scientists and technological workers have to play a role. Computer scientists do express concerns about disturbing trends in progress and jobs [Vardi:15]. Similar discussions address traditional engineering disciplines [Charette:13]. An early study sponsored by the ACM was based on opinions, rather than on data [AsprayMV:06]. My response was [Wiederhold:11].

Computer professionals are at the center of the storm that surrounds the industry. They are willing to advocate for more education, ubiquitous Internet access, and job security. A complicating issue that some computer scientists advocate that software should be free. That implies that they expect to be supported by public funds or maybe by tax-deductible donations. But their industry is able hold capital in taxhavens forever as being `subject to management’s decision to indefinitely reinvest those earnings’ [Fleischer:12]. Politicians may argue about getting it back somehow, but have no idea of the role of IP rights that got there in the first place. Keeping U.S. capital costs low discourages repatriation of those funds for investment in the U.S. [Damodaran:13].

Concerned professionals should not just observe the effects, but try to provide data, analyses, and mechanisms so that they will affect the world around them. Some modern economists will be pleased if more data become available [Damodaran:15].

As long as computer scientists and technologists do not contribute the big data needed to make fair decisions about their livelihood, their needs will be ignored. The rights to their work is now being shipped to tax havens, and the resulting profits are not available for growth. Without support from professional experts little change in national policies that affect modern industry can be expected [Gibbs:09].

We should be concerned about how poorly the role of intellectual capital is understood in governmental decision-making. The lack of relevant data is a major reason. The individuals that create value in modern industries should take an active role. That role goes beyond complaining and signing petitions, but must include supplying the data from which information about their industries can be extracted. As long as the data available are imbalanced, studies will favor traditional industries. If the only big data available support obsolete policies, we cannot expect change.

This blog was triggered by responses to a Viewpoint presenter earlier this year [Wiederhold:16] I have to thank my colleagues for pointing me to recent publications.

Bio: Gio Wiederhold is computer scientist, whose research focuses on the design of large-scale database management systems, the protection of their content, often using knowledge-based techniques. He retired from full-time active academic service June 2001, but remains quite busy with fun projects and research outside of the University.