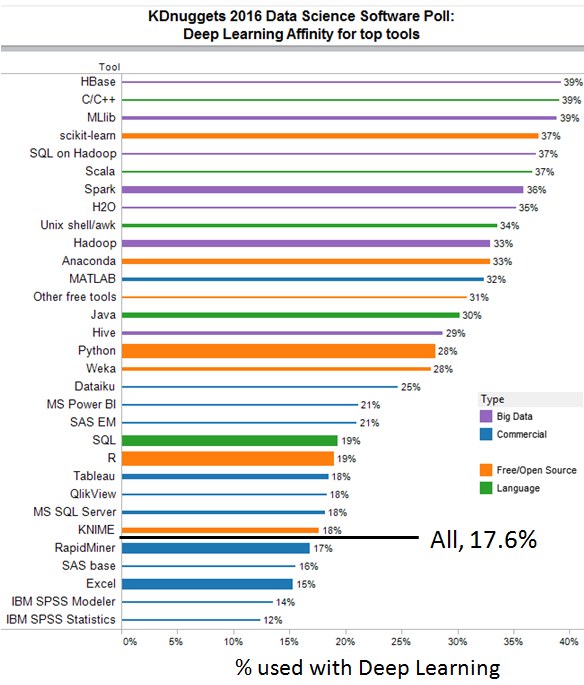 We note that Big Data tools have higher Deep Learning affinity (not surprising, since DL needs a lot of data). We also see languages: C/C++, Scala, Java, and Python with higher DL affinity.

The commercial tool with the highest DL affinity is MATLAB, thanks to its Deep Learning toolbox.

Next we combine Big Data and Deep Learning measures on the same chart. 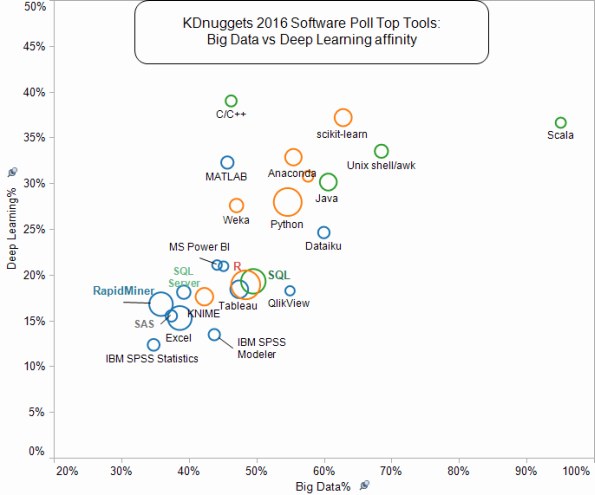 We note that there some overall pattern - higher Big Data affinity corresponds to higher Deep Learning affinity. Scala is a big outlier which ranks near the top on both charts, so if you want to be a Deep Big Data Scientist, learn Scala.

We note that US/Canada are average, W. Europe has a Python bias, Asia has a strong R bias, E. Europe is much weaker on R, while Latin America is much stronger on R and weaker on Python.

Finally, here is the table with regional distribution. Here the R % is the percentage of users in that region which use R, and similarly for Python, Big Data, and Deep Learning.

Download anonymized data from www.kdnuggets.com/aps/sw16-ord-reg-n-votes dot csv and let me know what you find!