The dominant technology of today assumes that the ball should take a fixed path through the network. The position of the ball at any layer in the Pachinko machine is known as the activation at that layer. As the ball drops its position is determined by the pins. In theory we can exactly say where the ball should be at any time, because each layer of Pachinko inovles only a ball hitting pins: it is a deterministic process.

The game of Pachinko involves trying to score high points by starting the ball with the right velocity using the plunger. This is difficult to do because the score is very sensitive to the starting position. But in effect the game is ‘understanding’ the initial velocity you give the ball and classifying it by giving it a score.

The challenge is to optimize the internal structure of the machine such that it gives the right answer (or label) for the right initial conditions. However, to do that, we need to explore the full range of initial conditons we wish to test: and for images that must be very many.

The clever part of convolutional neural networks is to structure the first set of layers for the machine such that aspects such as ‘invariances’ in the image are more easily learned. An invariance is the idea that a face in the image is the same face whether it is rotated or moved around in the image. Our own brains understand this easily, invariances are harder to impose in computers. The way deep networks do this is through clever design of the structure of the first part of the Pachinko machine.

The way in which most learning is done, is to present one image at the top of the Pachinko machine and see where the ball pops out. If it pops out in the wrong place, all the pins are moved a little bit to try change where the ball will emerge more to the right place.

This works very well if you test the machine many times with all different subtle variations on the way you drop the ball in. You will eventually get the system right. But what if you only have a limited number of times you can drop the ball in?

You already know that small variations in input can account for quite large changes at the end. The Pachinko machine is complex and sensitive to small changes in the input. But to properly determine those sensitivities you need a lot of data. 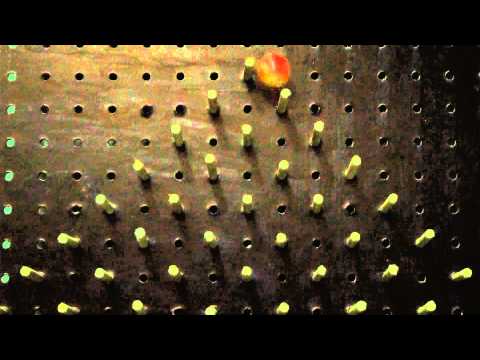 An alternative is to ensure that your machine is robust to small changes in the initial conditions (or the activation further down the network). To do this you introduce stochasticity. Instead of modeling the machine as a set of deterministic processes, where the ball falls in exactly the same way each time, you model the machine as a layered set of stochastic processes.

You accept that very small changes in the way you drop the balls in at the top mean that we actually don’t know where the ball should be at any time because we don’t know precisely enough the locations of the pins or the initial state of the ball. And further, we’ll never have enough data to explore all those different states.

Considering all the paths can make the model far more robust to small variations in the input. Imagine navigating through a forest where there are many paths. The difference between the two approaches is like the difference between ensuring there is one very well marked path to the right destination, or a group of different paths that all take you to the right direction.

This sounds very difficult, but such integrals are actually tractable for some classes of process (such as Gaussian processes). So if we make each layer out of a Gaussian process we can deal with that component on its own.

However, we want our deep models to involve many of these layers together, so that we can model complex things. To do this we compose stochastic models: effectively we stack them together, again, just like in the Pachinko machine. When we stack our simple processes together there are challenging issues in how we do the mathematics and implement the resulting algorithms.

What we do know is that for very large data, the stochastic approach we propose collapses to the deterministic approach of normal deep learning. Because in these cases the path integrals collapse to a single most likely path which becomes deterministic as we get more data. But for low data we can achieve much better efficiency.

The main algorithmic challenge is that solution of the path integral is far more challenging than finding just the best path. The best path needs us to do differentiation only, but looking through all paths requires integration, which is a greater challenge: particularly when it’s performed in the ‘hyper-space’ version of the Pachinko machine that we need. The mathematical operation is known as convolution, and it is only possible to do it exactly for simple systems. 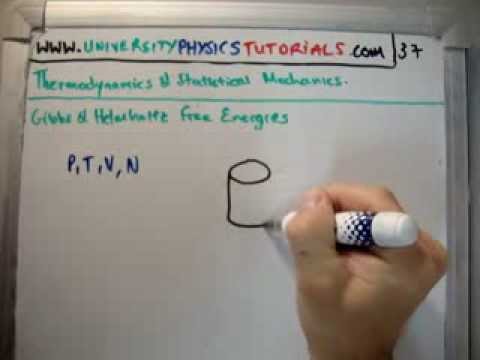 It turns out that there is a strong mathematical connection between the path integrals we need for efficient intelligence and the theory of thermodynamics which is used to explain why Watt’s separate condenser made the steam engine more efficient.

One mathematical way forward is known as the ‘variational method’. This involves converting the difficult integrals into different, but easier, optimisation problems. The approach is not exact, but will often perform much better than the dterministic approach. This is known as variational learning. If we construct efficient variational algorithms then we can implement deep models on small data sets.

It was also variational methods that finally unpicked the underpinnings of our theory of heat. From this study arose concepts such as entropy which appear directly in our integral based formulations of deep models.

One thing we know is that, by thermodynamic analogy, it is best to keep your Pachinko machine as ‘hot as possible’ (or as uncertain as possible) whilst constraining it to give the right answer on average. That makes it more robust to variations on the input. In physics this approach is known as the maximum entropy principle.

The next generation of data efficient learning approaches relies on us developing new algorithms that can propagate stochasticity or uncertainty right through the model.

There is a large and growing community of researchers implementing and deriving these algorithms. They are mathematically more involved than the standard approaches, but without them, many of us will be in the position of the Cornish tin miners: we will not benefit from the advantages of wide data availability because of our own failings in data efficiency.

So in the end, our efficiency demands come down to a question of handling uncertainty. James Watt’s efficiency gains arose through ensuring his engine’s piston remained as hot as possible. For the piston to close the hot steam was sucked out and condensed separately. This enabled the piston to operate hotter delivering the required efficiency.

In probabilistic and stochastic approaches to deep learning we have to perform the same trick. The model itself needs to be kept as hot as possible: then when the data is insufficient to constrain the operation of our model we need to embrace the uncertainty, not quench it. Our separate condenser would allow the high temperatures to be retained in the learning machine while it cycles through the data. That will ensure that the the full space of plausible modes of operation is explored and our inferences will retain the necessary robustness even when data is scarce.