Has Deep Learning become synonymous with Artificial Intelligence? Read a discussion on the topic fuelled by the opinions of 7 participating experts, and gain some additional insight into the future of research and technology.

Deep learning has achieved some very impressive accomplishments of late. I won't review them here, but chances are you already know about them anyhow. 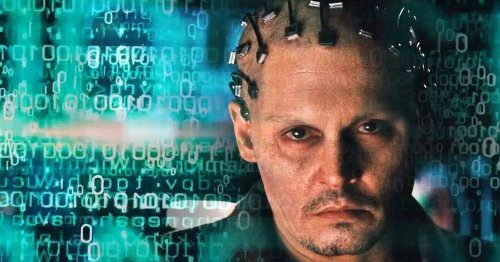 Given these high-profile successes, one could forgive the uninitiated (be they laymen or tech-savvy individuals) for the casual confounding of terms such as "artificial intelligence" and "deep learning," among others. It seems these 2 terms, specifically, are moving increasingly close to one another, and the further one is removed from research, the less easy it likely is to understand the nuance. Given the recent interest in the employ of deep neural networks and other machine learning technologies in business, as well as other sectors, non-technical folks have heightened interest in the differentiation of, and deep understanding of (pun intended), these technologies for practical purpose.

Now, clearly artificial intelligence is not "dead." The title is both tongue in cheek and an allusion to the idea that deep learning may have become the most dominant form of contemporary AI. Or that the two terms highly overlap. Or that they are increasingly synonymous.

Instead of sharing my opinion on this here (I definitely have one), I thought that I'd ask a few others to give theirs. I reached out to some people you could reasonably consider experts in such matters, and whose ideas on various aspects of deep learning and artificial intelligence I respect for one reason or another. All were eager to contribute; below are their diverse responses. Note that emphasis in the quotes has been added by yours truly.

First up is Carlos Argueta, a machine learning researcher and CEO of Soul Hackers Labs, which focuses on building artificial emotional intelligence systems. Carlos has the perspective of a researcher putting cutting edge technologies into practical action, and he had the following response to my inquiry, supporting the idea that deep learning and artificial intelligence are becoming intertwined, at least at some level of understanding:

I am a practitioner of the art of "teaching machines how to do stuff that seems intelligent." God, I don’t even know if "teaching" is the right term, since machines don’t really learn in the way humans do. Let’s say I program them to have the ability to do stuff that seems human-like. I have programmed machines to guess the emotions of the author of a social media post, I have made them read facial expressions, analyze the tone of the voice, etc., all with varying levels of accuracy. The layman says I do Artificial Intelligence (maybe because they remember the movie of the same name).

When I talk about my work with text some say I did Natural Language Processing (NLP), when I mention the faces they jump and say "ah OpenCV and Computer Vision," most have no clue what to call the work with speech. Just one thing is common across the different people I talk to, they all end up asking "So you used deep learning?" At this point such inquiry is getting me tired, and increasingly ashamed. The thing is, although I have tested Deep Learning, for one reason or another it has not given me the results I wished for. All my work is grounded in traditional Machine Learning (there goes another term).

Why is everybody asking about Deep Learning? Why as more and more people ask I increasingly feel ashamed of not having done anything descent with it? There is certainly a new cool kid on the block, and I am not exactly in his circle of close friends. It is a new cool kid with a set of tricks that look nicer than the ones from the previous cool kids. Under the hood these are the same old tricks cleverly leveraging the new resources available (and riding a huge wave of buzz). But it is not good to name it like the old kids, so we call it Deep Learning.

Next up is renowned machine learning researcher Pedro Domingos. Pedro is a professor at the University of Washington, as well as the author of The Master Algorithm. Pedro gets right to the core of the concept: are AI and deep learning synonymous?

Then there all the subfields of AI beyond machine learning: problem solving, search, automated reasoning, knowledge representation, planning, multi-agent systems, etc. Each of these is large and thriving and quite unrelated to deep learning. When you look at something like AlphaGo, it's often portrayed as a big success for deep learning, but it's actually a combination of ideas from several different areas of AI and machine learning: deep learning, reinforcement learning, self-play, Monte Carlo tree search, etc.

A future master algorithm will be sufficient for AI, by definition, meaning it can learn to do all the different things an AI has to do. (Otherwise it wouldn't be a master algorithm.) It could start from deep learning and incorporate other types of learning or vice-versa, or it could be something entirely new, but either way it will be something far beyond backpropagation. If you imagine, for example, that at some point in the future we have completely reverse engineered the brain and we implement that, it would surely count as a master algorithm.

Our next answer comes from Hugo Larochelle. Hugo is a Twitter Cortex researcher and Université de Sherbrooke machine learning professor. Hugo provided this response, which seemingly takes a "journey versus destination" approach to the question, and which also raises an important point related to expectations.

Here's my (humble) opinion. I personally view deep learning and AI as two distinct concepts, even though the former is often used in the context of the latter. For me, AI is centered around a goal to achieve. Deep learning concentrates instead on a particular type of technique or methodology for doing machine learning (which indeed has been key in achieving success in certain forms of artificial intelligence, but can be used for other problems not associated with AI, such as in high-energy physics or biology). Moreover, I suspect that a complete form of AI (i.e. one that covers the full spectrum of abilities a single human has) is likely to involve other disciplines than just deep learning. In fact, we're already observing this. AlphaGo's success was as much due to deep learning as it was to reinforcement learning. More importantly, generally speaking, there's a potential danger that referring to AI as just deep learning could put us in a mindset where we would be less receptive to the possibility that other scientific ideas can contribute to AI.

Hugo outlines that, along with it becoming clear that there are very real differences between these terms, their continued confusion actually carries the possibility of hindering scientific progress.