Big Data and The Internet of Things: A Match Made in Heaven

Think of data as the fuel that helps the Internet of Things run. Big data and the IoT basically go hand in hand -- a match made in heaven, so to speak.

By Rick Delgado on September 12, 2016 in Big Data, Internet of Things, IoT

The drive to incorporate more big data within organizations is a powerful one. The use of big data analytics has grown tremendously in just the past few years, and businesses are quickly catching on to what they stand to gain. At the same time, the Internet of Things (IoT) has entered the public consciousness, sparking people’s imaginations on what a fully connected world can offer. While separately the two trends give plenty of reason for excitement, combining the two only multiplies the anticipation. It isn’t just a case of forcing two movements together through happy coincidence. This is a matter where big data and the IoT are almost made for each other. Organizations are grabbing hold of the data around them, and the IoT is acting as a major source for that data.

Think of data as the fuel that helps the Internet of Things run. Big data and the IoT basically go hand in hand -- a match made in heaven, so to speak. One study predicts that by the year 2020, the Internet of Things will generate a stunning 4.4 trillion GB of data in the world. It’s a number that difficult to fully comprehend, but it makes sense considering that by 2020, tens of billions of devices and sensors will have some type of connection to the internet. All of these devices will be gathering, analyzing, sharing, and transmitting data, all in real time. Without that data, IoT devices would simply not have the same functions and capabilities that have caused them to gain so much worldwide attention.

It’s not just that big data and the IoT help each other, they also greatly impact each other. The more the Internet of Things grows, the more demands are placed on businesses’ big data capabilities. Traditional data storage technology, for example, is already getting pushed to its limits, leading to more innovative solutions and advances in technology to handle growing workloads. That may require updating an organization’s big data storage infrastructure, or it may necessitate a move to cloud services like Platform-as-a-Service (PaaS) or cloud Spark. In many of these cases, it’s a matter of a change in mindset and business strategy. Organizations know they want to use big data and the IoT, they simply have to find the right tools and resources to do so.

Since the IoT and big data are so closely link, there are plenty of examples out there of organizations putting them to good use. The transportation industry, for example, has placed IoT sensors in their vehicles as way to track them around the world. This doesn’t just help companies keep a closer eye on where their vehicles are, but it also gives them data on fuel efficiency, delivery routes, and how drivers utilize their time. Such information can be indispensable when optimizing fleets and improving organizational productivity.

Many of those advantages are also being experienced by manufacturing companies. By installing IoT sensors within equipment, these companies are able to collect vital operational data on their machines. This gives them a detailed look at how they’re performing, enabling them to pinpoint which machines need to be repaired before bigger problems arise. Repairs often cost much less than downtime or replacing equipment, so investment in the IoT and big data ends up saving these businesses money.

These examples often take place behind the scenes, but there are many examples that are up close and personal. Wearable technology is one such example. Fitness bands are part of the IoT, taking personal health data, giving the user calculations on current fitness levels and tracking, and notifying them about progress towards established goals. Disney World’s MagicBand is another example of the IoT and big data in action, allowing users to check in at posts that are also connected. The band keeps track of hotel rooms, meals, park admission, and more. It allows for greater convenience with cutting edge technology.

The Internet of Things and big data go extremely well together. They’re both growing at an impressive rate, and both feed into the success of the other. As the amount of data in the world increases, the two will only become more entwined. The world is running on data now, and pretty soon, the world will become fully immersed in the Internet of Things. 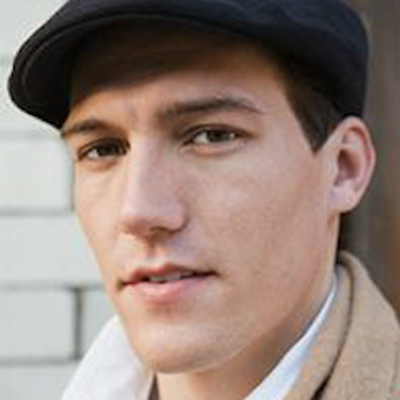 Rick Delgado is a technology commentator interested in enterprise technology.