Regional distribution of poll participants. As in 2011 poll, we combined Industry/Government in one group and Academic researchers/Students into a second group, and computed the "affinity" of the algorithm to Industry/Gov as

The most "Industrial Algorithms" were: While the uplift modeling was again the most "industrial algorithm", the surprising finding is that it is used by so few - only 3.1% - the lowest of any algorithm in this poll.

The most academic algorithms were Next figure shows all the algorithms and their Industry/Academic affinity. 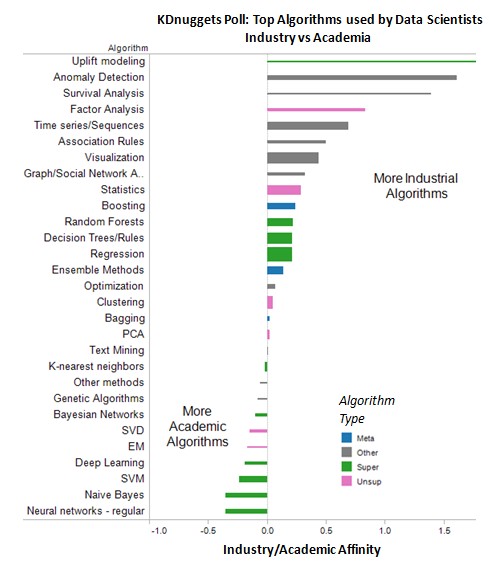