Hiring Foreign Data Scientists in the US – A Primer on Visas

To alleviate the shortage of Data Scientists, many companies look to hire overseas and need to navigate the complex and expensive visa process. Here we compare two common visa categories for data scientists across 6 criteria employers care about (eligibility, legal fees, filing fees, quota, length of process, and chances of approval).

It’s no secret that there’s a shortage of data scientists in America’s workforce. Many companies look to hire overseas to help ease the domestic talent shortfall (in fact, one in three data scientists are born outside the U.S.) so understanding the ins and outs of visas is rapidly becoming a business necessity. Not all visas are created equal. Some are drastically more expensive, can have lengthy approval processes, and low approval rates. In a tight labor market, it’s imperative that a hiring manager understand the immigration issues that affect who they can hire and how. 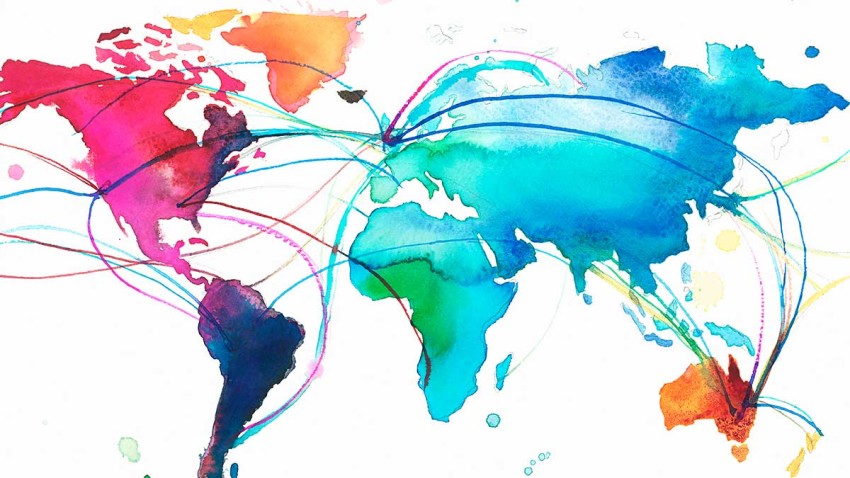 We compared the two of the visa categories our data scientist fellows most commonly qualify for (TN, H1-B) across the six criteria employers care about (eligibility, legal fees, filing fees, quota, length of process, and chances of approval).  Here’s what we found:

Who’s eligible?
TN visa status is only available to citizens of Canada and Mexico, under the terms of the North American Free Trade Agreement (NAFTA).

Typical legal fees
More than any other visa category, many companies handle TN visas in-house or instruct the employees to do it on their own. Legal fees vary greatly based on complexity of the case and place of filing (the application can either be submitted with USCIS’s domestic office or, more commonly, directly to the Consular Officer [for citizens of Mexico] or at the border [for citizens of Canada]). If submitting the application at the border, legal fees range between $500 and $2,500. If filing a petition with USCIS, the range is between $750 and $5,000, very similar to an H-1B. Factors that would increase the fee may be if the employment opportunity does not neatly fit within one of the TN occupational categories (as is often the case with the management consultant category) or if the employee’s degree does not closely match the offered position.

Approximate filing fees
At an airport, the fee is $50 and $56 if the person is entering by car at a land border. If this is one’s first time filing a petition with USCIS the filing fee is $325. You can also pay $1,225 for Premium Processing service, to guarantee review in 15 calendar days rather than the standard one to three months.

Is there a quota?
There is no quota.

How long does the process take from filing?
If applying at the border, the entire case takes two to three weeks, most of which involves preparing the application materials.  Once the application is ready, the visa applicant can simply depart the United States and upon reentry submit the application at a U.S. land border, airport, or Pre-Flight Inspection location managed by U.S. Customs and Border Protection.  There is no mandatory wait-time outside the country – some Canadians submit their TN applications on the same day of their departures.   If applying in the U.S. via change of status or pre-flight inspection notification, then the process takes three to four months under regular processing and three to four weeks with Premium Processing.

Who’s eligible?
H-1B visas are issued to professionals working in a “specialty occupation,” i.e. a job that requires the theoretical and practical application of a body of specialized knowledge, along with at least a bachelor’s degree or its equivalent. Nearly all professional-level jobs in the IT industry will meet this test.

Typical legal fees
Fees typically range between $2,000 and $5,000. Some high-volume law firms charge $500, in large part because they can outsource the work of support staff to India.

Approximate filing fees
There are several fees including a $325 filing fee, a $500 Anti-Fraud Fee an Education & Training Fee of $750 for companies with 25 or fewer employees and $1,500 for companies with greater than 25 employees, and a $1,225 Premium Processing fee to guarantee processing in 15 calendar days rather than standard two to three months. If USCIS finds that the visa sponsor is H-1B-dependent, meaning it has a large number of these employees (eight or more in a company of less than 25 employees, 13 or more in a company of 25-50, and 15% of the workforce in a company with more than 50 employees), there is an additional fee of $4,000. Note that fees *must* be paid by the employer, though certain fees can be deducted from the applicant’s salary as long as this does not depress their wages below the minimum required by the Department of Labor.

Is there a quota?
Yes, and it’s a problem. The annual H-1B cap is set at 65,000, with an additional 20,000 set aside for graduates of U.S.-based universities at the master’s degree level or higher. The 65,000 is reduced by the U.S.-Chile and U.S.-Singapore Free Trade Agreements, which set aside 6,800 H-1B numbers for professionals from those two countries each fiscal year, thus reducing the standard cap to 58,200. Some companies are exempt from the cap, namely nonprofit and government research institutions and those affiliated with institutions of higher learning. Workers are cap-exempt if they held H-1B visa status for at least one day in the previous six years.  Thus employers may on-board H-1B employees relatively quickly if the applicant already holds H-1B visa status, but only for the remainder of the six-year H-1B time (unless they immediately file for green card certification by the 5th year anniversary).

The quota is currently exhausted. In the 2017 fiscal year, USCIS received approximately 236,000 petitions, up from 230,000 in the previous year.

How long does the process take from filing?
For cases that are subject to the cap, applications must be filed within five business days of April 1st. Cases filed under Premium Processing (for the additional $1,225 filing fee) are reviewed by May; standard cases are be reviewed in May and June. Employees may start their H-1B employment 10 days prior to October 1st. If employees hold a valid F-1 OPT work authorization on April, and they are selected for a subsequently approved H-1B petition, work authorization automatically extends to October 1st.

What are the chances of approval?
The chances for overall success for a “new” H-1B are low, given the quota and the increased scrutiny around the definition of “specialty occupation” (see below). A purely statistical analysis shows that chances for selection in the H-1B cap lottery are approximately 25-33% (65,000 standard / 20,000 master’s cap, out of 250,000 applications). Most reputable firms and practitioners report, anecdotally, that around 50% of cases have been selected in previous years. Once selected, USCIS must still approve the application.

Remember also that H-1B visas are limited only to “specialty occupations.” Until recently, all positions which reasonably could be shown to require a bachelor’s degree were considered H-1B eligible. But in recent years the USCIS has heavily securitized positions that do not require narrowly tailored degree programs. Under this analysis, positions in IT, engineering, accounting, and the sciences are sufficiently “specialized” under H-1B rules. In contrast, positions in business, marketing, public relations, and some artistic fields received heavy scrutiny, which leads to higher levels of denial. This is particularly true for small businesses, where the government often makes arbitrary determinations that these types of companies do not need specialized positions since “most” similarly situated companies outsource these types of jobs.