I know how much work it is to conduct KDnuggets Software Polls (which only have a a few questions), so I appreciate that a lot more work goes into Rexer Analytics Data Science surveys, which have many more questions.

The Rexer Analytics team did a great in-depth analysis of the survey and the results of the latest 2015 Survey are available.

Over 1,200 analytic professionals from 72 countries participated.

Here are some highlights.

What I also found striking in the analysis of Analytics Goals of respondents, is how little they changed between 2013 and 2015. If 45% were working on improving understanding of customers in 2013, I was hoping that they managed to improve it in 2 years, but 46% were working on it in 2015. Perhaps it is an artifact of options available in the survey. 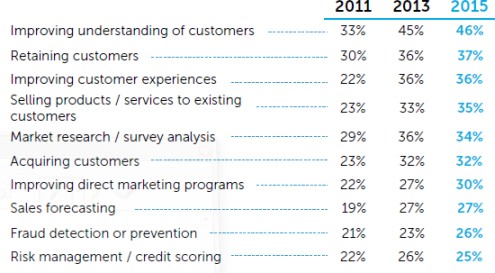 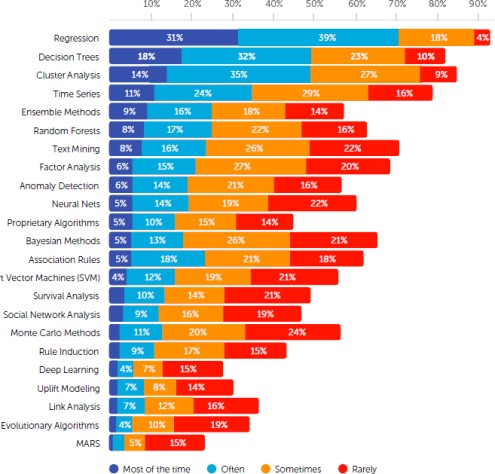 We note that these results generally match recent KDnuggets Poll on Top 10 algorithms and Methods used by Data Scientists, with Regression, Clustering, and Decision Trees being the top 3 algorithms used in both.

You can download the full Rexer 2015 Data Science survey at www.rexeranalytics.com/data-science-survey.html