Are businesses getting the ROI they desire given the hype around big data analytics? With all the promises of big data analytics, why are more than half the companies still in the red with respect to analytics investments? 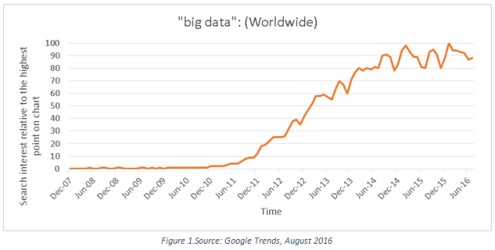 “Big data” originally emerged as a buzzword to describe data sets that were too large and complex to be managed using traditional database systems. With time, the use of the term evolved to not just describe large and complex data sets but to also refer to the emerging technologies used to collect, store and manage data. The ability to store and manage massive data sets sparked an interest in tools and techniques necessary to extract insights, giving popularity to the term “Analytics”.

Intensive marketing efforts by big players like IBM contributed to the frenzy surrounding big data analytics today and led to “big data” becoming a buzzword. Google trends shows the “big data” madness starting to take off in late 2011 and continuing to rise and hitting its peak in January 2016. Today, tech research firm IDC forecasts spending in big data technology sector to hit about $49 billion by 2019.

As part of my MBA research project with Data Science author and academic, Murtaza Haider, I surveyed over 30 frontline analytics professionals to gauge the sentiment around ROI and found that only 46% admitted to seeing positive ROI on their big data analytics investments. Taking into account response bias, this number may be even lower. As a manager who has invested in big data, it would be difficult to admit that big data analytics is yet to pack a major punch to the bottom line. All those marketing ads painted a rosy picture after all. With all the hype created around big data analytics, I too was expecting to see some inspiring numbers in the results.

Tom Davenport, the guru of analytics, in his ground-breaking article Competing on Analytics, predicted that it will take years for companies to reap the benefits of their analytics investment. That was a decade ago and as the survey results confirmed, companies are still struggling. There are exceptions; FANG companies (Facebook, Amazon, Netflix and Google) are riding the big data wave to success by mining customer insights from data through downstream processing such as advanced analytics and machine learning. Data to these companies is their bread and butter and with such a massive user base, even small incremental insights can have a noticeable impact on the bottom line.

So what is everyone else doing wrong? Are they trying to take the shortcut to success by investing in big data tools and talent without undertaking process and business model overhauls? Or do companies just have to take the long and arduous road to a respectable ROI? Probably a bit of both. Big data started off on the wrong foot by being labelled as a technological investment rather than an organizational transformation. This approach has confined senior leadership to think about business models and strategies without taking a data centric approach. Previous technology transformations faced challenges too. In 1956, when the first hard disk drive was introduced by IBM, it could only store 5MB of data. It took almost 6 decades before a desktop drive was capable of storing 4TB of data. If we take that timeline as a benchmark, big data technology is still in its infancy even though 90% of data today has been generated in the last 2 years.

Perhaps a Steve Jobs quote will provide some solace to business leaders who are anxiously searching for ROI; “If you really look closely, most overnight successes took a long time.” 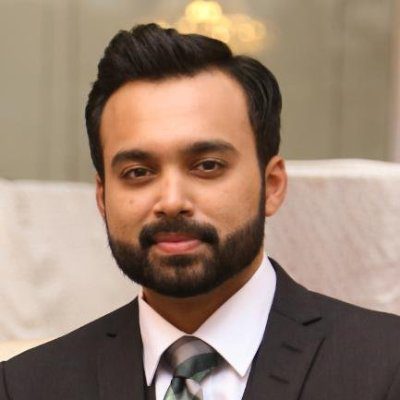 Bio: Salman Khan has an undergraduate degree in Computer Science and recently graduated with his MBA in Technology and Innovation. He is interested in learning about big data analytics, machine learning and emerging technologies. Salman has recently completed a research project with author and Professor Murtaza Haider on the ROI of big data analytics. Salman tweets at @SalmanK84s.