KDnuggets Top Blogger: An Interview with Ajit Jaokar, on IoT and Data Science

Ajit Jaokar, a leading expert in the field, shares his views on evolution of IoT, Data Science, Smart Cities, the promise and dangers of AI, and encouraging young people.


KDnuggets goal is to bring to our hundreds of thousands of readers the most interesting and relevant stories from the world of Big Data and Data Science. We usually publish about 100 stories a month and writing a very popular blog which beats such competition is non-trivial.

We recently started a program to recognize our top bloggers, and today we bring you an interview with one of them - Ajit Jaokar.

Ajit Jaokar is a man of many talents and interests, a leading expert in the field, working at the intersection of Data Science, IoT, AI, Machine Learning, Big Data, Mobile, Smart Cities. He teaches IoT and Data Science at Oxford and also is a director of Smart Cities Lab in Madrid. He tweets at @AjitJaokar and blogs at Future Text.

Q1, Gregory Piatetsky: How did you get to where you are now? Describe your journey. 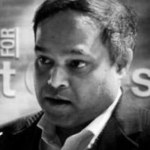 Ajit Jaokar: First, thanks for the opportunity for the interview. As you know from my posts, I am a big fan of KDN

Re my journey ..
For a few years prior to Data Science and IoT, I was involved in Telecoms (Mobile Data Industry i.e. the Data/non-voice side of Telecoms). In the Telco world, IoT is called as M2M (machine to machine).

I was also involved in Smart cities (for example - the city of Liverpool) which had applications for sensor data and optimizing that data for health, transport, city centre regeneration etc. This led to a natural move in to Data Science for IoT (IoT analytics) - both for my teaching (Oxford University and my course) and also for my consulting projects.

Finally, one of the courses I teach (in Madrid - for Smart Cities) - launched a Deep learning/AI lab. AI has always been a focus (because we consider cameras as sensors)

That's my journey in a nutshell!

Q2, GP: What are your main activities at present?

AJ: Apart from the Data Science for IoT course at Oxford university, I am launching a new course on Enterprise AI. Thus, AI and IoT analytics are my main activities (teaching and consulting). A lot of my consulting work is based on creating Prototypes for Machine Learning/AI.

What are the key trends you see in IoT now? Where do you think IoT will be in 10 years?

AJ: Despite its traction, IoT is still a nascent field. We have currently local area connectivity (via Bluetooth 4.0) - but not yet the wide area connectivity. That will happen through initiatives like LoRa, Sigfox, LTE-M etc and also 5G. At that point (2020 and beyond) we will see ubiquitous connectivity for IoT. Also applications like Drones, Self driving cars etc all will act to increase IoT deployments. Obviously, I believe that Analytics is the key driver for IoT. That means - Time series, Streaming, Deep learning etc but applies in an IoT context (ex on Edge devices). This essentially was the key idea I discussed in the 10 differences post. In 10 years, IoT will indeed be ubiquitous(and hence a game changer). Gartner predicts $2.5M per minute in IoT spending and 1M new IoT devices sold every hour by 2021.

Q4, GP: Tell us about your work on Smart Cities and which cities are the smartest now? What about in 10 years?

AJ: I consider 'Smart cities' as a meme - a bit like Web 2.0. As a term, it has morphed into many meanings - especially driven by vendors. However, like any meme - it does unify thinking around a particular set of Principles. In doing so, it benefits the ecosystem by aligning thinking to certain goals. Many current Smart cities projects are within verticals (ex: Transport, Energy etc). Emerging markets have their own approach to Smart cities (ex: India and China).

So, I don't consider a 'smartest city' as such

For me, the most exciting developments for Smart cities are from outside of the traditional players - ex Uber like service for On demand Public Transport and the whole idea of the Gig economy and the rise of the city as a Platform.

Q5, GP: Development of AI can bring huge benefits, but also loss of jobs (self-driving cars need no drivers) and loss of expertise (experts may be superseded by AI) . Should Society be concerned about it and what can we do, if anything, to prepare?

AJ: I think AI has the potential to profoundly change the very nature of work - and in our current generation. Yes, society should debate this because the rate of Change will be must faster than even Toffler could have imagined.

What can be done about this? I am optimistic overall considering many of us are already working in Jobs that did not exist a decade or two ago. So, the only strategy could be education - both formal and on-going - especially with Data Science. At least initially, I see humans and machines working together - hence creating a whole new class of jobs which do not exist at the moment.

I co-founded a social start up teaching

young people Data Science using data from a live satellite in partnership with Ardusat. Another of the students in my course, Solomon Hopewell Kembo, teaches IoT to school kids in Harare (Zimbabwe) working with the Internet Society. Their facebook page is IoT Makerspace St-Peters Mbare Internet-Society. I see many such initiatives which will create and inspire people to learn.

Q6, GP: What recent book you read and liked?

AJ: oohh.. This could take a long time! I read a lot of books even as a child.

One recently read book I would recommend is: Introduction to General Systems Thinking, by Gerald Weinberg (review), and in fact other books by Weinberg also ("Psychology of Computer Programming"and "Weinberg on Writing"). All three are classics in my view.