By Gregory Piatetsky, KDnuggets on October 20, 2016 in About KDnuggets, LinkedIn, LinkedIn Groups

Unlike last year, we did not have the full data on conversations and comments, but we used the data on the latest 200 conversations in each group to estimate these rates per week.

Liking a post is 6.5 times more frequent than commenting - there are on average 1.11 Likes per week per 1000 members.

Here is the global trend. 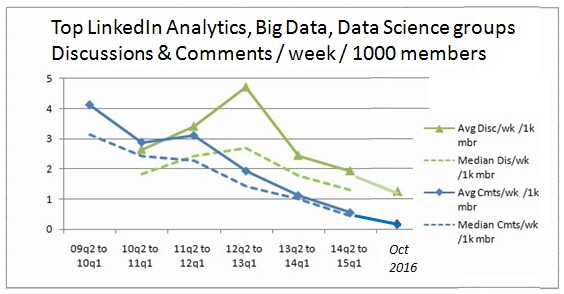 We can also analyze the groups separately by mapping into quadrants along the axes of Conversations/week/1K members and Engagement/week/1K members, where Engagement is defined as Comments + Likes. 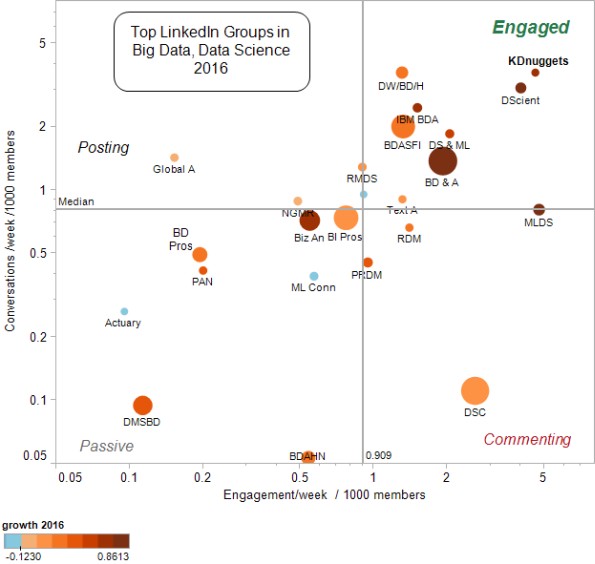 Here are the 10 groups with the highest Engagement 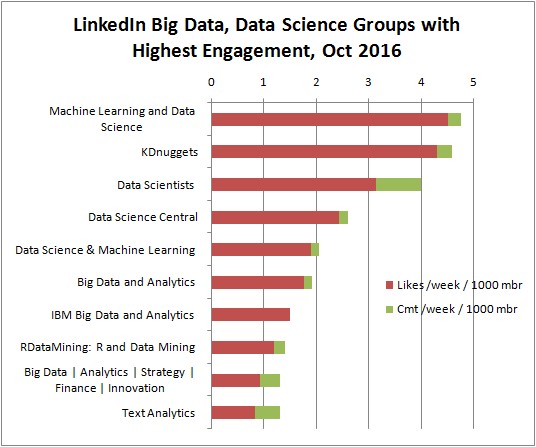 Top 10 groups with the highest engagement (comments + likes) Finally, here is the table with all the group information.