Current Deep Learning successes such as AlphaGo rely on massive amount of labeled data, which is easy to get in games, but often hard in other contexts. You can't play 20 questions with nature and win!

comments
By Oren Etzioni, CEO of the Allen AI, Founder of Farecast, Professor at UW, CSE 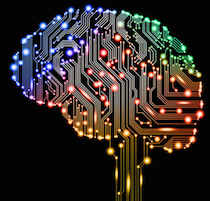 Deep Learning has been incredibly successful in recent years, but it is still merely a tool for classifying items into categories (or for nonlinear regression).

We have seen outstanding results in mapping images, audio segments, even board positions, into categories with ever-increasing accuracy, but AI needs to go way beyond classification and regression.

Let's talk about AlphaGo, which is a phenomenal technical achievement by the team at DeepMind.

Yet, the overblown claims about the impressive success of AlphaGo are a case of a person climbing to the top of the tree and shouting "I'm on my way to the moon!"

Here's why: The bottom line is: when we successfully define an objective function and reduce a real-world task to an optimization problem -- our CS "muscles" kick into overdrive, and we can solve it given enough data and a successful representation (sooner or later). However, may problems are ill-structured and require additional analysis to even formalize. For example, how do we formally write down the meaning of a single sentence?

Most of these comments are not specific to AlphaGo or Deep Learning, but are broadly applicable to all supervised learning programs. As Alan Newell said (in a different context), "you can't play 20 questions with nature and win!"

With all due respect to the brilliant Geoff Hinton, thought is not a vector, and AI is not a problem in statistics.

Bio: Oren Etzioni is CEO of the Allen Institute for Artificial Intelligence, and a Professor at the University of Washington's Computer Science department. He received numerous awards, founded several companies including Farecast (sold to Microsoft in 2008) and Decide (sold to eBay in 2013), and authored over 100 technical papers. Oren received Ph.D. from CMU in 1991, and his B.A. from Harvard in 1986.