The Chief Digital Officer role has grown 1000-fold in the last 9 years, but will it remain popular in 2025? We examine the parallels between the electric and digital revolutions. 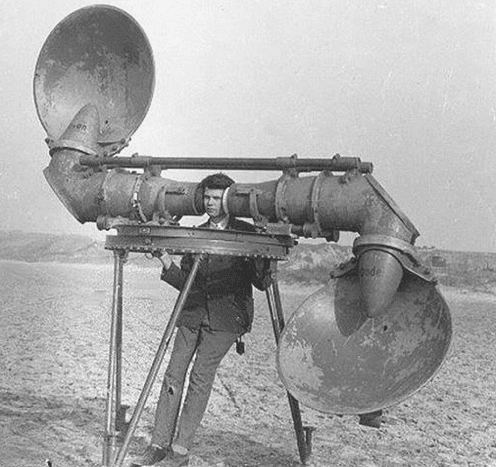 At the end of the 19th century, one of the greatest revolutions in history took place: electrification. Companies could now make use of a new, convenient form of energy: electricity. This innovation induced exceptional productivity gains, but the transition was never easy. Therefore many companies hired a “CEO”, a chief electricity officer to facilitate this transformation. However, just a few decades later the position became obsolete. Electricity quickly became well established and theintroduction of a centralized electricity grid with synchronized voltages and frequencies solved all problems that kept a CEO awake at night. After just a few years, this great business innovator got sacked.

A new kid in town

Today, we witness a revolution of the same order of magnitude: digitalization. While digitalization offers awesome innovation opportunities for virtually every company, well-established businesses can easily lose their competitive advantage if they are reluctant to change. To take full advantage of digitalization without getting lost, business leaders are hiring experienced Sherpas to get them up the digital slopes: chief digital officers (CDO) (Note: CDO abbreviation is also used for Chief Data Officer) .

The CDO is a new kid in town that is quickly gaining popularity. The number of Chief digital officer positions worldwide has increased from 1 to 1000 in the last 9 years 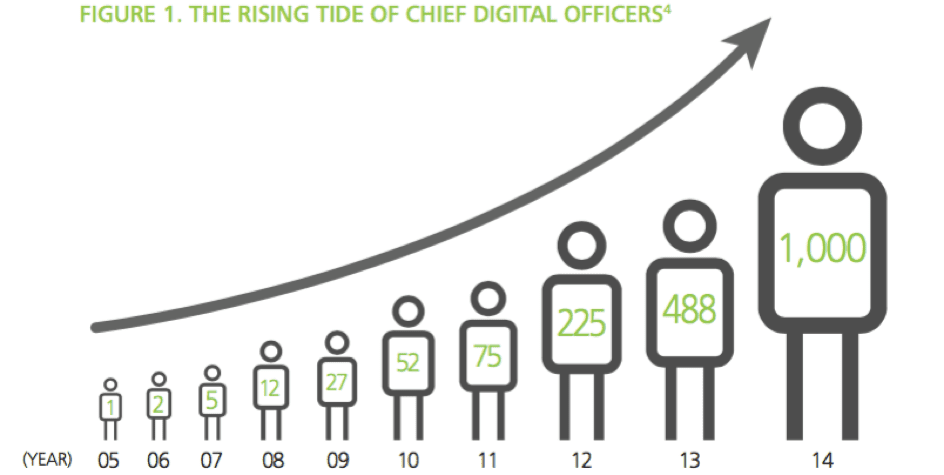 Observers draw a parallel between the electric and the digital revolution. While the CEO was introduced to make sense of electrification, the Chief Digital Officer is introduced to make sense of digitalization. Question is, will the CDO suffer the same fate? Will the CDO become an invaluable and permanent C-suite member, or will the function become obsolete once digital has been incorporated into the company DNA?

The answer to the first question is straightforward.The electrification story is a nice analogy of today’s revolution, but electricity is merely an energy input. Digitalization is a vast hodgepodge of new developments in multipledirections that will impact companies on a strategic level. Continuous improvement will be necessary as the technology will continue to change and the stakes are too high.

Will the real CXO please stand up?

The last question I want to address in this blog post is who is going to get his/her hands dirty.There are mainly three possible scenarios.

What scenario do you prefer and why? What are your thoughts? Leave your comments in the section below!

Jonas Vandenbruaene is a business-engineering student at the University of Antwerp. Passionate about data analytics, art and traveling the world. Currently writing his master’s thesis on data maturity in organizations and the role of the CDO. Blogging to fuel interesting discussions!

Here is what Sami Kallinen @sakalli, KSF Media Chief Digital Officer, had to say about this post

I basically felt the same way, actually even before I got the current job. It is not only probably true in 2025 I think it is already true.

But like the famous Gibson quote about “the future being here but unevenly distributed”, I think the CDO role is only needed in legacy companies.

Ie. in those “End Ups” I joke about in the video. Digitally native companies don’t need them. All the C-level executives in such companies would already have the perspectives that the CDO brings to the table in legacy companies. Currently I basically wear the hats of a CIO, CTO, C”Data”O, C”Design&UX”O, C”Product”O, C”Strategy”O.
I think a mature modern digitally native organization media operation would need CEO, C”Product”O, (possibly CTO depending on previous), C”Content”O, CFO plus depending on the size of the organisation high ranking sales, marketing, legal, talent, data & analytics managers. Most of those would need to have relatively deep understanding of 1) UX + Content, 2) Tech & 3) Biz + Data & Machine Learning.