In post after post, in article after article, battle-lines are drawn between Big Ideas and Big Data. I really don't get what the fuss is about. What's wrong with having both?

By Alex Kirk, Head Of Systems & Automation at MediaCom. 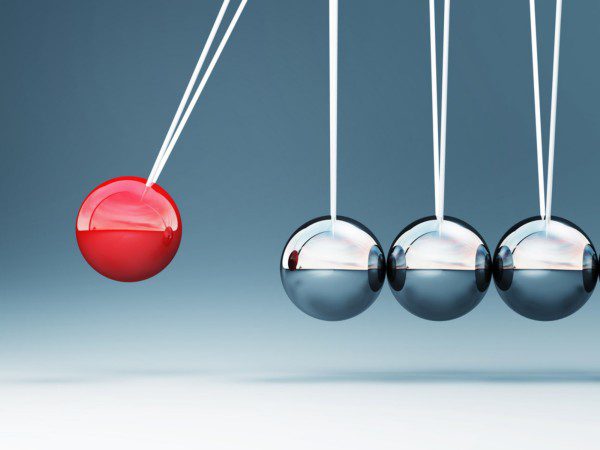 If there's a single and repetitive pattern in corporate life it's this - when something new comes along we not only feel the need to jump on board with it, but also to trash what went before.

This has been particularly true when it comes to the advances of recent years in data. Big Data, the graph, analytics, modelling - all have been held up as THE ACTUAL FUTURE so many times it's hardly worth mentioning. According to those on the side of the machines, automation will take all our jobs and robots will click and whirr and bleep away while we all live on a universal income. Everything of value that came before is to be ignored, the dusty and inky-fingered relics of a time already consigned to the scrap-heap of progress.

Meanwhile, those whose working lives rely on literally the opposite of data - on ideas, on random connections, on lateral and non-linear thought - take up arms daily in defence of their craft. For every "Data Is The Future" post in my feeds, there is an equal and opposite reaction of "Ideas Are The Only Thing That Matters". Like blacksmiths yelling at the automobile, they deny the reality we live in and fill their (beautifully designed) social-media echo chambers with howls of rage at the impudence of the nerds intruding on their turf.

I've worked on both sides of this divide and the conflict baffles me. As a planner at agencies, the ideas that sparked into life from unexpected places were what powered me and the teams I worked with. These days though, I'm responsible for organising the flood of data that flows around the building and for helping teams find it and make sense of it. But even though the word "automation" is actually in my job title, I've never seen it as a job designed to prevent ideas. Seriously, who does that?

No matter how hard you might wish it to be true, the world is awash in information. Some decisions have to be made on the basis of it, and those decisions are required to be data-driven. Profitability, hiring, contracts, pricing - these are things that need data, and the faster you can get the right bits of it, the quicker you can make the call. Equally though, the best ideas in the world are forward-looking and are usually only data-related. The best ideas are rooted in history, but envision a better future.

This tension between decisions and ideas - between what should be done and what could be done - is not resolved by coming down on one side or the other. It is, for me, something that doesn't need to be resolved. The tension between the two is what makes the system work.

If your organisation is betting big on data alone, the chances are you will fail, since you’ll be reduced to only seeing everything as a nail to hit with your new data-shaped hammer. You’ll stay focused on optimisations of the past, not the possibilities of the future, and you’ll never get round to making the bold moves that might propel you forward.

Similarly though, denying the tide of history and pulling up the drawbridge on your ivory tower of ideas will simply cede the competitive advantage to your competitors, who’ll save more time and energy on decision-making using data well, making more time for them to also create ideas with which to beat you over the head and steal your lunch.

I know how hard it is to resist the attraction of the new and the shiny - look, Spectacles! - but while we put all our efforts into innovating, let’s not simultaneously reject the past that got us here in the first place.

In all things, balance.

Bio: Alex Kirk is Head Of Systems & Automation at MediaCom.