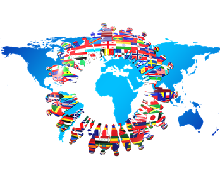 Among the most prominent supporters of this open letter are:

Vint Cerf (Google), one of "the fathers of the Internet";

Philippe Kahn, creator of the camera-phone and CEO of Fullpower;

Nicholas B. Dirks, Chancellor of the University of California, Berkeley;

and four members of the Independent Expert Advisory Group to the United Nations Secretary-General on a Data Revolution for Sustainable Development (IEAG):

Enrico Giovannini (University of Rome), and

Prof. Zicari and Prof. Zwitter are now welcoming innovative ideas on how to integrate these principles in all area of our society.

The letter remains open for signatories and can be found here: