Latest poll of nearly 1000 analytics professionals and data scientists who read KDnuggets shows that 75% worldwide and 77% in the US oppose Trump Immigration Ban. The poll results reveal sharp polarization, with strong views prevailing on both sides.

Do you support Trump Immigration Ban ( Executive Order 13769 'Protecting the Nation from Foreign Terrorist Entry into the United States' aka 'A Muslim Ban')?


The results below show strong opposition to the ban. Combining "strongly" and "somewhat", we see 75% of voters oppose the ban and 20.2% support, with only 4.8% not sure. Most of our audience is Data Scientists, which justifies the conclusion that Data Scientists in the US and worldwide strongly oppose the Trump immigration ban.

The Trump ban was opposed in all geographic regions, but surprisingly, there was also some support for the ban across all regions, with somewhat higher support in Asia (mainly in China, India, and Japan) and in Africa / Middle East (driven by support in Israel).

For the regional analysis below, we combined strongly and somewhat support into support field, and strongly and somewhat against into against field. The bar height corresponds to % of voters from that region (also shown next to region name). Because the ban is specific to immigration to US, we separated US from Canada. 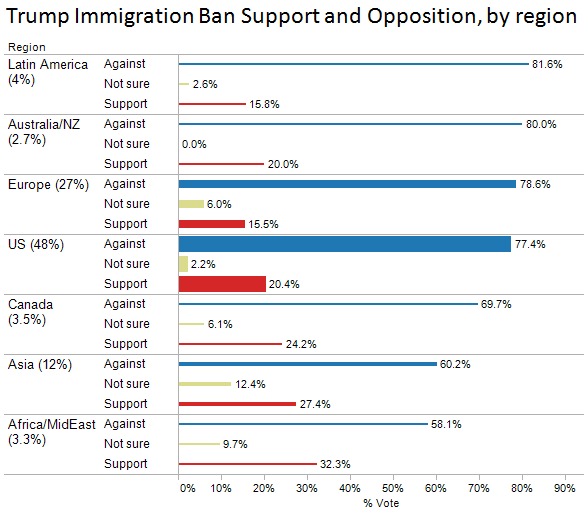 Fig. 1: Support and Opposition to Trump Immigration Ban by Region.