Companies all over the world have placed a lot of value on getting more insights from big data analytics. That’s not without good reason. 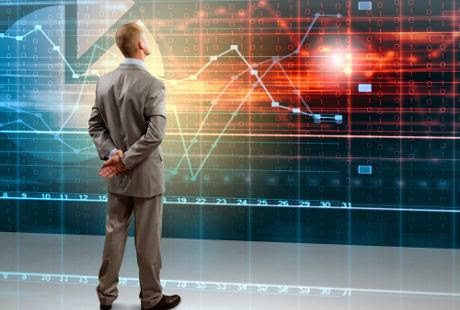 Companies all over the world have placed a lot of value on getting more insights from big data analytics. That’s not without good reason. After all, big data represents a new frontier in the business world. Now it’s possible to analyze vast amounts of data, allowing organizations to predict trends before they happen, make their operations more efficient, and better reach out to customers, just to name a few examples. Of course, using that big data isn’t always easy, which is why it has become imperative for businesses to hire the best big data talent available. Data scientists, like the insights derived from big data itself, are in high demand right now. That much was true in 2016, and it will definitely be true in 2017. With so much demand following them around, it’s safe to say that data scientists are in a very enviable position to kick off the year.

This can partly be seen by a recent survey conducted by Glassdoor which listed the Best 50 Jobs in America. Number one on the list is none other than Data Scientist. So what makes the data scientist the top rated job in the country? The survey took into account three factors: the number of job openings, overall job satisfaction, and salary. Needless to say, data scientist scored high in all categories. Job openings are plentiful as more companies realize they need to hire data scientists right away. Data scientists also get a lot of satisfaction from their jobs compared to other careers out there. And the salary for a data scientist is high.

The importance of that last factor can’t be stressed enough. Organizations want data scientists on their teams, and they’re willing to pay top dollar for what at the moment is a rare skill set. It’s a simple example of the law of supply and demand. There’s a lot of demand for data scientists, while the current supply is low. As a result, data scientist salaries have skyrocketed in recent years. According to the same survey, the median base salary for data scientists is $110,000. Other sources place the average salary at around $115,000. Even the starting pay for data scientists is impressive, with some beginning at just under $90,000. Data science offers a lucrative career for those willing to put in the time and effort to hone their skills and gain the knowledge needed to excel. And when you take into account things like annual bonuses and even signing bonuses, data scientists have good reason to think they have it made. All signs indicate that 2017 will continue this trend.

Indeed, the trends of the business world and many other industries show that big data is not just a vital asset now but in the future as well. Automation, for example, is featuring more and more heavily in the workplace, and the best way to achieve those results is through proper big data analytics. Virtualization remains a popular topic as organizations attempt to adopt virtualized and converged systems for their work. Nearly every business wants to become more “data-driven” in basically everything they do. None of this is possible without a qualified data scientists or two on board. That includes data scientists skilled in mathematics, programmings languages like Python and R, database knowledge, and excellent communication skills. So whether they’re combing through customer interactions or mining data across multiple computer servers, data scientists need to be versatile.

As such, companies are attempting to bridge what is commonly referred to as the big data skills gap. Finding the right people for data scientist positions is not an easy job. There are, however, quite a few data science programs being implemented by universities all over the country with the hopes they’ll be able to prepare the new generation for the demands of big data in the future. Many of these programs have actually partnered up with some of the biggest tech companies, like Cisco, to ensure that data scientist positions are always filled. Does that means the supply of data scientists will catch up to demand? For the moment, it’s difficult to say, in part because the demand for big data continues to rise. For now, it looks like demand will always be higher than supply. And that’s a position that data scientists are happy to be in.