Sponsored Post.
DataScience.com has rolled out extensive new features to its platform to accommodate the requirements of enterprise data science teams, including the ability to deploy on-premises and across multiple public cloud providers. The latest release expands enterprise support for data scientists’ tools of choice, including Jupyter, RStudio, Python, R, Spark, and SAS. With the platform, data science teams can now optimize workflows by grouping code and model outputs into projects and leverage version control tools like Github thanks to new integrations. 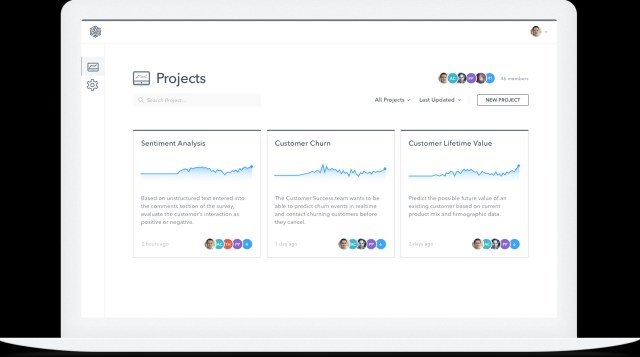 According to a study conducted by Forrester Consulting on behalf of DataScience.com, only 22% of companies are “Insights Leaders,” meaning they embed data science into their operating models to drive significant business value. DataScience.com new release helps organizations realize value in their investments by giving data science teams the tools, libraries, and programming languages of their choice — which are often open source — supported by scalable infrastructure, security, and customizable workflows that make it easy to deploy results into production and share insights across departments.

“Organizations across the board now understand the importance of scaling data science and the cost of failing to do so,” said DataScience.com CEO Ian Swanson. “Our platform is designed to help data science teams work more collaboratively and effectively. Now, with our on-premises offering, your team can leverage their favorite data science tools and workflows in a platform hosted in your data center.”

The features included in the newest release are designed to level-up data science work in a number of key areas, from environment management to model deployment. Benefits include:

“Our new release speaks to many of the best practices we’ve established for removing barriers to data science excellence,” Swanson added. “In many cases, the work data scientists are doing is underutilized — either because it’s not getting in front of decision makers, or there aren’t enough engineering resources to put that work into production.

“The platform eliminates these issues by putting the entire data modeling process in the hands of data science teams, from prototyping to production, and making the work they do highly visible and shareable. We’re excited to roll out these features so our clients have the tools they need to really maximize the return on their data science investments.”