Role of the Data Scientist in the B2B Era

In businesses everywhere, the digital transformation is spawning a bunch of new job titles. Among them are Chief Data Officer, Big Data Architect and Data Visualizer. All these sought-after specialist data roles are having a major impact on the workplace. 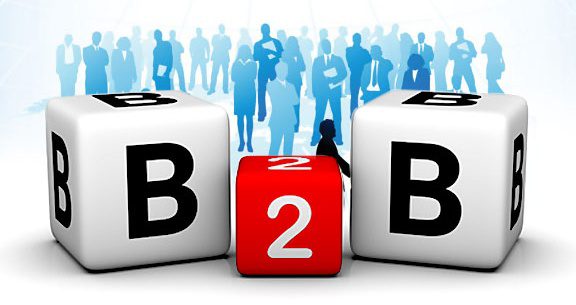 The task of the Data Scientist is to come up with innovative algorithms that deliver actionable business outcomes from volumes of unstructured data. It’s this that’s driving their growing prominence. Companies are now grasping just how crucial large-scale data analysis is for anticipation and decision-making. But what does the hazy title ‘Data Scientist’ mean exactly? What are the core skills the role requires? And why is this kind of talent in such phenomenal demand? Here’s our spotlight on the data scientists of the IT world.

In businesses everywhere, the digital transformation is spawning a bunch of new job titles. Among them are Chief Data Officer, Big Data Architect and Data Visualizer. All these sought-after specialist data roles are having a major impact on the workplace.

The number of Data Scientist roles the US has to fill has increased by 15,000%. That’s according to the latest employment trend data published by Indeed.com. In France, it’s a similar picture. The government predicts that Big Data field will generate 10,000 new direct jobs by 2018.

Data Science straddles the domains of machine learning and data engineering. It unites a broad subject field. It can be applied simply to the automation of product recommendations for e-commerce. Or employed at a more complex level to autonomous vehicle technology.

But the Data Scientist’s technical tool set alone is not enough. It must be supplemented by a broader skill base. One that includes a solid understanding of the challenges that today’s businesses face andnd an ability to communicate at all company levels. The culling of data to extract genuine added business value has made his new role uniquely strategic.

The Data Scientist must be up to the task of identifying his target areas first. Then he should  use his fine-tuned grasp of data to create an ‘in vitro’ algorithm that’ll work ‘in vivo’. “The purpose behind the algorithm is almost more important than the algorithm itself”, says Philippe Very, Lead Data Scientist at Sidetrade.

Data Scientists help end-users get results. To achieve this, a three-step logical approach is required. The first is understanding the algorithm. The second is the deployment of computer science. The third is determining the right method to realize the end goal.

This makes it a role far beyond that of software developer. Data Scientists have to fathom the practical issues that drive functionality. It’s here that the real value of a Data Science team lies. The added business value they deliver is the result of this synergy of technology and practical functionality.

From machine learning to automation: The Data Scientist’s role in the B2B sphere

People often think that the main aim of Data Science is to churn out predictive analytical solutions to anticipate and support company decision-making. But it’s automation that’s the real added value that Data Science‘s bringing to the B2B arena. Machine-learning algorithms learn from experience. They can mimic how we prioritize jobs and calculate our reasoning. Their new role is to relieve us of the repetitive manual work they can do so much more reliably, quickly and efficiently.

An example is the analysis of retention rates. Let’s say modern algorithmic processing could calculate a company’s customer retention rates. It’s not so much the predictive value of probability that’s so useful but the actionable intelligence we get.  It’s the knowledge of which customers we need to target at which moment to ensure their retention. A Data Scientist team can so easily identify and then automate this kind of time-consuming task.

When it’s a case of mimetic learning (from imitation), the machine does need guidance. This is where the Data Scientist comes in. They  have to understand what the company’s employees need. And then merge these practical end-goals into the machine’s replication process.

Looking ahead, B2B Data Scientists will be called upon to prove via A/B testing that machine-driven tasks are effective. Once they’ve devised an algorithm, they’ll have to compare actual machine and human performance. This is the only way to benchmark the performance of robots and prove what they can achieve. Then, we’ll be in a strong position to convince the skeptics out there. And show them just how much benefit robots can bring to our working lives.