Connecting with the Internet of Things

If you’re like me, you've heard a lot about the Internet of Things (IoT) but are confused about what it really is. 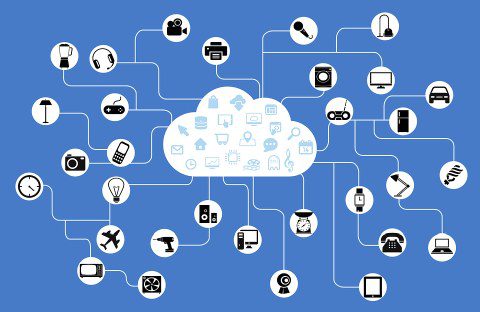 There’s been lots of chatter about IoT... and a ton of confusion about what it is and what it may have in store for us in the future. IoT means different things to different “experts” and, what’s worse, it’s hard to find a true authority who does not have some commercial stake in it and particular facets of IoT they want to push. In this purportedly data-driven age, objectivity is as hard to come by as ever.

But let’s back up a step in case you’re completely new to IoT. According to Wikipedia:

The Internet of things (IoT) is the inter-networking of physical devices, vehicles (also referred to as “connected devices” and “smart devices”), buildings, and other items—embedded with electronics, software, sensors, actuators, and network connectivity that enable these objects to collect and exchange data.

Trying to plug the gaps between hype and reality, I’ve read four recent books on the Internet of Things, all popular titles:

Unfortunately, though I now know much more about IoT than before, the picture remains a bit foggy – IoT is still young and evolving, after all, and lack of standards remains a significant problem. The first two books listed above are mostly focused on consumers (B2C). Some of the examples they use to illustrate the potential of IoT, to be honest, are quite silly and almost resemble “articles” I’ve read in The Onion. The Kranz and Chou books are more serious and concerned with the enterprise (B2B) sides of IoT, such as manufacturing, operations and maintenance. This is where IoT is having its biggest impact. If you had to choose just one of the four, I’d recommend Maciej Kranz’s book.

Quite a lot of “IoT” appears to concern cloud storage of sensor data rather than machines communicating with each other or sophisticated analysis of machine-generated data. Some other aspects of it seem to me extensions of the machine-to-machine communication (M2M) that is already commonplace. In these respects, IoT is evolutionary, not revolutionary. Reading about IoT and Big Data reminds me of how much has changed during my own lifetime, but also how gradual most of this change has been. Per Robert Gordon, my grandparents may indeed have faced more truly disruptive change during their lifetimes than I have during mine.

At this point I don’t see IoT being as radically transformational as some have claimed. Think for a moment about the products and services we buy and use and how they could potentially be affected. Potato chips? Beer? Banking? Do we really need our coffee maker to order filters for us…to be delivered by drone the next day?

Over time, though, IoT will have a significant impact on our daily lives, especially where it synergize well with Artificial Intelligence as that too evolves. The impact will mostly be gradual and behind-the-scenes, I suspect, and we may not notice much of it. Manufacturing, construction, transportation, energy, agriculture and healthcare are some of the areas where it may have the biggest effects. Less waste and downtime, greater efficiency and higher quality products at lower cost are likely benefits. No complaint from me about any of that. Progress is usually incremental and even if IoT falls short of the hype, it will be a bigger part of our lives in 10-15 years than now.

Perhaps like you, I am worried about privacy and cyber security. Nothing I’ve read about IoT suggests  there are simple answers to these concerns. Future legislation, both national and multinational, in addition to new technologies, entirely new product or service categories, consumer push back, cyber warfare and other unforeseeable variables may have considerable influence on how IoT develops. The impact of AI and automation on human employment is currently a hot topic and one I don’t think should be dismissed out of hand. This time may really be different.

Not surprisingly, there is internal resistance to IoT in many organizations and much more talk than action. Corporate culture and turf battles (e.g., between IT and OT) are likely to be the main barriers in many organizations. Often technical hurdles are the easiest to clear. Having said that, getting IoT right will not be a trivial task for most organizations. There are legacy systems – few would be starting entirely from scratch – and existing contracts with service providers, along with technical problems to solve.

Getting off to the wrong start could prove immensely costly. If you have some background in Operations Research or CRM, most of the foregoing will ring a bell, and will be all-too-familiar if you’ve ever had change management responsibilities. Identifying the right problem to begin with and assembling the right team, together with vendors and consultants, is critical. There are no guarantees in business and IoT is no exception. All these issues aside, we should recognize  that just because something is technically feasible doesn’t mean it should be attempted.

Few innovations are truly breakthrough and it’s hard to find many that have exceeded their hype. Conversely, important new developments can sneak up on us without the ballyhoo and we should be on the lookout for them too. In Superforecasting: The Art and Science of Prediction, Philip Tetlock shows us how and why expert forecasts are frequently no better than the proverbial chimps with darts…and why self-anointed gurus get away with bad predictions year after year. Humans yearn to be awed and terrified, and to believe in miracles and Armageddons. P.T. Barnum did not invent this – it is part of our nature. (For some of the statistical nitty-gritty of forecasting, see Principles of Forecasting: A Handbook for Researchers and Practitioners, edited by Tetlock’s Wharton colleague J. Scott Armstrong.)

IoT is not just a load of baloney, though, and examples given in the four books and elsewhere clearly demonstrate that, in one form or another, it’s already here. Frankly, I don't see it as having much direct impact on what I do for a living in the short term. There will be more opportunities for analytics such as anomaly detection and time-series forecasting that are already part of my work. However, most IoT analytics may turn out to be built-in calculations based on engineering principles and other technical knowhow, and not analytics in the usual statistical sense. Other marketing researchers may be more strongly affected in different ways, however.

IoT looks like a bright spot on the horizon for process designers, IT professionals who embrace new technologies and ways of working, data scientists with advanced data management and programing skills, as well as UX and NPD specialists. It will be a boon for other mavens as well, including (regrettably) professional “gurus.” New kinds of management skills will be needed and there will be more and more need for managers who truly understand how to use data and analytics to make decisions. People skills and financial accounting will no longer be enough. I may be wrong, but I also sense specific industry expertise will grow rather than decline in importance.

I seriously doubt IoT will put marketing research out of business and, on balance, I see it more as an opportunity than a threat to our profession. But no one knows since the future has yet to arrive... I don’t think we should take for granted that “everything” will change nor assume nothing will change. Something will happen. It’s already happening.