Wrapping Our Primate Brains Around AI’s Next Grand Challenge

AI has moved beyond the Turing Test and is literally “moving” towards new directions. We argue that the new AI grand challenge is to allow intelligence to become more embodied and animal-like. 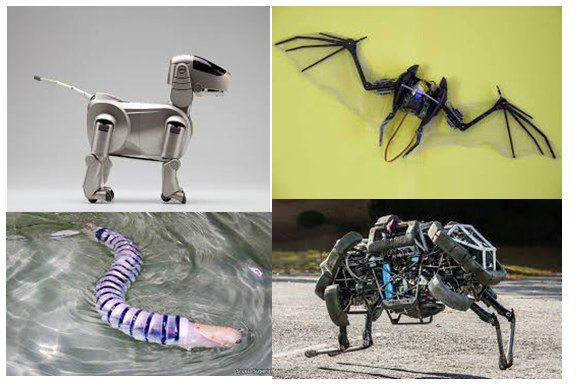 You could argue that artificial intelligence (AI) got started many years ago with a grand challenge. That, of course, was Alan Turing’s “Imitation Game,” which he presented in his seminal 1950 paper “Computing Machinery and Intelligence.” Essentially, it involved building machines that can behave indistinguishably from the way a thinker behaves. In the example that Turing provides, that behavior is entirely focused on human (or humanlike) conversation.

In many ways, that grand challenge is already history. Though some claim to have aced the Turing test and others refute such claims, what’s clear is that the data scientists have already shifted focus to another grand challenge. Some call that new frontier artificial general intelligence (AGI).  Others call it artificial superintelligence. Regardless of how you label or scope this new dream, what’s clear is that it goes far beyond human conversation as the arena where this aptitude may be measured.

What makes this new AI grand challenge qualitatively different is that it implicitly backs away from yesteryear’s anthropomorphic definitions of intelligence. Intelligence isn’t just the exclusive possession of one smartphone-wielding primate species. What we see now is a move toward a broadly zoomorphic frame of reference. In other words, AI researchers have implicitly adopted the emerging scientific consensus that intelligence is whatever innate faculty enables an organism to explore, exploit, adapt, and survive in some environment.

In the AI arena, we see zoomorphic superintelligence expressed most clearly in robotics research. The new frontier has produced AI-driven robots that can occupy every environmental niche. Considered in this light, artificial general intelligence might be recast as the search for the algorithmic smarts flexible enough to allow any zoomorphic entity to learn, adopt, and adapt the myriad capabilities needed to survive and thrive in any environment.

Some have argued that human intelligence evolved to exploit the practical opportunities that our bodies’ specific form of locomotion (bipedal, upright walking), sensation (binocular vision), and manipulation (opposable thumbs) made possible. One could make the same argument for every other type of animal intelligence. Each expresses the adaptive capacity that evolution has bestowed upon a specific species in its struggle to survive and procreate.

With that in mind, it’s clear that robotics researchers are laying down the following building blocks of zoomorphic general AI:

What this all amounts to is AI-augmented intelligence. However, it’s not augmented intelligence in an anthropomorphic sense of enabling us to automate things that only a human would find valuable, such as using the technology to recognize faces, translate among languages, or master the ancient game of Go.  It’s all about augmenting humans’ adaptive repertoire to fluidly adopt the intelligences, behaviors, and forms of any creature on the planet.