How To Write Better SQL Queries: The Definitive Guide – Part 2

Most forget that SQL isn’t just about writing queries, which is just the first step down the road. Ensuring that queries are performant or that they fit the context that you’re working in is a whole other thing. This SQL tutorial will provide you with a small peek at some steps that you can go through to evaluate your query.

Now that you have examined the query plan briefly, you can start digging deeper and think about the performance in more formal terms with the help of the computational complexity theory. This area in theoretical computer science that focuses on classifying computational problems according to their difficulty, among other things; These computational problems can be algorithms, but also queries.

For queries, however, you’re not necessarily classifying them according to their difficulty, but rather to the time it takes to run it and get some results back. This specifically is referred to as time complexity and to articulate or measure this type of complexity, you can use the big O notation.

With the big O notation, you express the runtime in terms of how quickly it grows relative to the input, as the input gets arbitrarily large. The big O notation excludes coefficients and lower order terms so that you can focus on the important part of your query’s running time: its rate of growth. When expressed this way, dropping coefficients and lower order terms, the time complexity is said to be described asymptotically. That means that the input size goes to infinity.

In database language, the complexity measures how much longer it takes a query to run as the size of the data tables, and therefore the database, increase.

Note that the size of your database doesn’t only increase as more data is stored in tables, but also the mere fact that indexes are present in the database also plays a role in the size.

As you have seen before, the execution plan defines, among other things, what algorithm is used for each operation, which makes that every query execution time can be logically expressed as a function of the table size involved in the query plan, which is referred to as a complexity function. In other words, you can use the big O notation and your execution plan to estimate the query complexity and the performance.

In the following subsections, you’ll get a general idea about the four types of time complexities and you’ll see some examples of how queries’ time complexity can vary according to the context in which you run it.

Hint: the indexes are part of the story here!

Note, though, that there are different types of indexes, different execution plans and different implementations for different databases to consider, so that the time complexities listed below are very general and can vary according to your specific setting.

These type of queries are not really common, yet here’s one such an example:

The time complexity is constant because you select one arbitrary row from the table. Therefore, the length of the time should be independent of the size of the table.

An algorithm is said to run in linear time if its time execution is directly proportional to the input size, i.e. time grows linearly as input size increases. For databases, this means that the time execution would be directly proportional to the table size: as the number of rows in the table grows, the time for the query grows.

An example is a query with a WHERE clause on a un-indexed column: a full table scan or Seq Scan will be needed, which will result in a time complexity of O(n). This means that every row needs to be read to find the one with the right ID. You don’t have a limit at all, so every row does need to be read, even if the first row matches the condition.

Consider also the following example of a query that would have a complexity of O(n) if there’s no index on i_id:

Consider the following query example, where the there’s an index on i_id and which would generally result in a complexity of O(log(n)):

Note that without the index, the time complexity would have been O(n).

A possible example of a query with quadratic time complexity is the following one:

To summarize, you can also look at the following cheat sheet to estimate the performance of queries according to their time complexity and how well they would be performing: 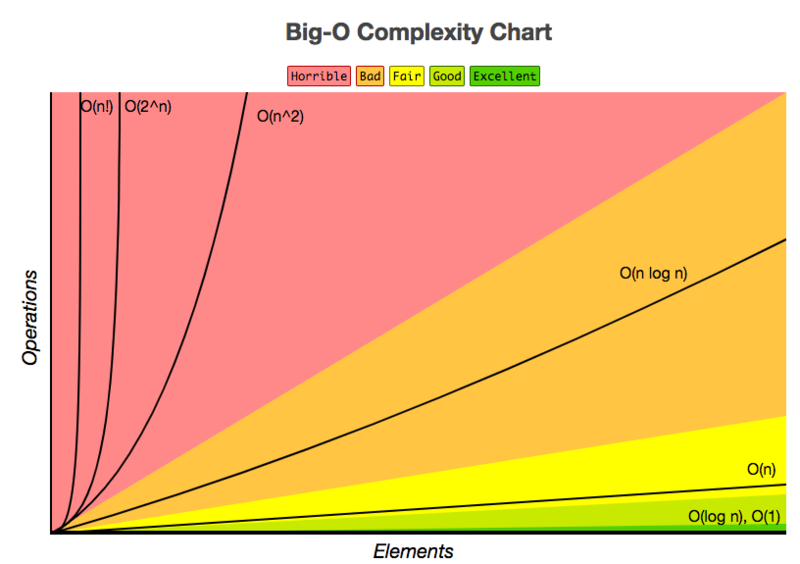 With the query plan and the time complexity in mind, you can consider tuning your SQL query further. You could start off by paying special attention to the following points:

Congrats! You have made it to the end of this blog post, which just gave you a small peek at SQL query performance. You hopefully got more insights into anti-patterns, the query optimizer, and the tools you can use to review, estimate and interpret the complexity your query plan. There is, however, much more to discover! If you want to know more, consider reading the book “Database Management Systems”, written by R. Ramakrishnan and J. Gehrke.

Finally, I don’t want to withhold you this quote from a StackOverflow user:

“My favorite antipattern is not testing your queries.

If you want to get started with SQL, consider taking DataCamp’s Intro to SQL for Data Science course!

Bio: Karlijn Willems is a data science journalist and writes for the DataCamp community, focusing on data science education, the latest news and the hottest trends. She holds degrees in Literature and Linguistics and Information Management.