Monty Hall, the game show host, died last week. He was the host of the popular show "Let's Make a Deal", where contestants try to guess which one of 3 doors hides a valuable prize. 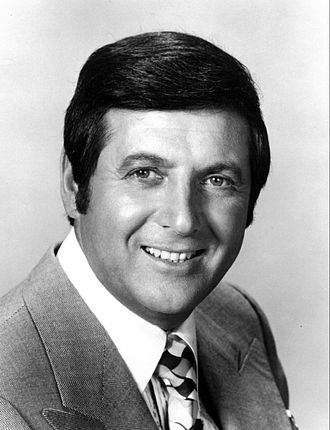 Monty Hall, the game show host, died this weekend at age 96. Hall was host of the popular show "Let's Make a Deal," where contestants try to guess which one of 3 doors hides a valuable prize.

Hall's practice of opening an empty door and then offering contestants money to switch their guess gave rise to the most famous probability puzzle of all time, which took on his name: "The Monty Hall Puzzle." Publicized by the Parade columnist Marilyn vos Savant, the counter-intuitive solution to the puzzle is that


you double your chances of securing the prize if you switch (thereby taking advantage of the information revealed in the opening of an empty door).

Let's Make a Deal debuted in 1963 and has continued in various forms to the present day; Monty Hall earned a star on Hollywood's Walk of Fame in 1973.

When vos Savant first publicized the 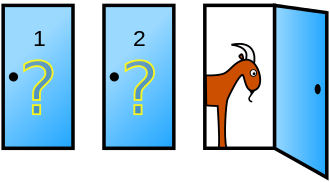 Monty Hall Problem, she was besieged with a torrent of criticism from mathematicians and statisticians claiming, incorrectly, that she had it wrong.

Monty Hall himself (correctly) raised objections to her answer: she assumed that the game show host always had to open an empty door before asking whether the contestant wanted to switch (in which case the vos Savant solution is correct).

Hall pointed out that opening the door was a matter of discretion, and he did not always open it, which leaves open the question of whether some non-random strategy was employed that would alter the probabilities. Hall said the decision on whether to open the door was "all based on his mood."

The famous probability problem would probably not have appeared in the form it did had Hall followed his intended path in early life and become a doctor. According to CBC News, Hall, a Manitoba resident, failed to gain admission to medical school due to "secret quotas" restricting Jewish access.

(Editor: Monty's original last name was Halperin, but he changed it to Hall for the stage)

Bio: Peter Bruce is Founder and President of The Institute for Statistics Education at Statistics.com.