Submit a blog to KDnuggets -- Top Blogs Get Paid

Data Science for Laymen: 5 Writers Who Speak Your Language

Here are 5 excellent Data Scientists who are also very good at explaining concepts and interacting with you. 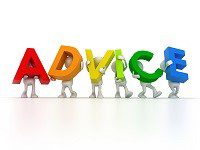 Learn by doing, that’s what they tell us.  And last week, Amir Feizpour of the Royal Bank of Canada shared stellar insights from his peers on how to seriously pursue a career in Data Science.  Comfort with uncertainty, ability to identify use cases, and participation in online competitions were some of the key takeaways.  But one that really stood out was the importance of personality—a candidate’s willingness to engage with the community and learn from the meaningful connections he makes.  That can be intimidating when the core concepts are quite complicated.  Where do you start when it seems your peers know everything?

For the most part, these connections begin online; a candidate reaches out in hopes his questions might be answered, an introduction might be made.  As a result, we all know the influencers—Evan Kirstel, Andrew Ng, Meta S. Brown, et cetera—but for someone just getting their feet wet, even someone who interacts with data scientists daily, it can be refreshing to brush up on key principles with people who don’t already get hundreds of InMail.  That’s why we’re sharing some trusted resources—influencers in their own right—who engage candidates from different corners of our space, in terms we all can understand. 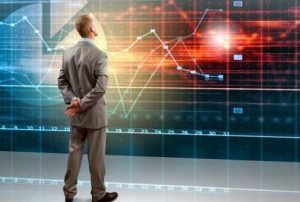 Beau Walker is proof a data scientist can start in any industry, as long as he sees the applications.  With a JD and a bachelor’s in Biology, Beau manages the Data Science team at Liquid Biosciences and consults law firms on marketing (with predictive analytics and machine learning) in his spare time.  But despite his expertise, Beau still calls himself an impostor data scientist:

“I haven’t completed a Data Science boot camp.  I haven’t read all of Hinton’s papers.  I don’t use TensorFlow on a daily basis.  I still prefer R to Python despite using both in my work,”

in a post liked over 2000 times on LinkedIn.
Follow him for posts that dig deep on statistical analysis as well as a weekly pitch on the field in general.

With a degree in Literature and an instructor’s empathy, Karlijn Willems is adept at crafting the nuance of Hadoop and Scala into a compelling narrative.  Currently Karlijn leads the data journalism efforts at DataCamp, leveraging her master’s in information management and experience as an analyst at Deloitte.  As with most people on this list, she emphasizes the value of experience—real life solutions over certificates— but Karlijn is a real gem when it comes to citing her sources.  In this comprehensive guide, she lists fifty references (not to mention 7 Dilbert comics) for expanding your knowledge.

Karsten Walker takes a no-nonsense approach to advice.  His arguments often sound like a takedown but contain valuable points for people looking to enter the field.  “I have never been asked for a portfolio nor would I really care if someone handed me one from class or stock dataset examples,” he says, contradicting many of his peers, “it shows no applied skills or problem solving and doesn't tell me how a person would tackle a given challenge.”  Karsten also notes the MOOC route’s reliance on collaboration, which he believes hinders an individual’s ability to parse problems by themselves.

On the other hand, Thomas Hepner self-taught the core concepts through Kaggle challenges and Coursera classes.  He’s written extensively about showing your team the value of data-based decision making, whether you work at a startup or a worldwide company like Amazon (as he did.)  He insists

“a Machine Learning / Artificial Intelligence / Data Science recruiter who doesn’t value Kaggle achievements or MOOC projects as part of their candidate analysis is NOT a good recruiter,”

and he would know, having recruited members of his team at PrecisionLender.  But the real thing that sets Hepner apart is the empowering tone of his answers.  He believes anyone with interest can become a data scientist, and it shows.

Quora data science manager Lili Jiang sorts answers on her profile into three categories: technical concepts, career development, and practical advice, making it really easy to gather insight from her work.  She writes as if her reader has never seen each concept before, often including visual aids.  Though

“it is easy to have your quantitative skills overshadow product intuition,” she writes, “Don’t constrain your role to spitting out numbers. What does metric X mean for the product, for the business? After all, you are the person who is most familiar with the data set. Help product managers and stakeholders to extract takeaways out of the numbers.”

Is there anyone you follow who practices Data Science for laymen?  Share their handle in the comments.

Bio: Julia Cook is a Marketing Manager at iDatalabs.