This is a summary of 12 key lessons that machine learning researchers and practitioners have learned include pitfalls to avoid, important issues to focus on and answers to common questions.

7 — Feature Engineering is the Key

At the end of the day, some machine learning projects succeed and some fail. What makes the difference? Easily the most important factor is the features used. If you have many independent features that each correlate well with the class, learning is easy. On the other hand, if the class is a very complex function of the features, you may not be able to learn it. Often, the raw data is not in a form that is amenable to learning, but you can construct features from it that are. This is typically where most of the effort in a machine learning project goes. It is often also one of the most interesting parts, where intuition, creativity and “black art” are as important as the technical stuff.

First-timers are often surprised by how little time in a machine learning project is spent actually doing machine learning. But it makes sense if you consider how time-consuming it is to gather data, integrate it, clean it and pre-process it, and how much trial and error can go into feature design. Also, machine learning is not a one-shot process of building a dataset and running a learner, but rather an iterative process of running the learner, analyzing the results, modifying the data and/or the learner, and repeating. Learning is often the quickest part of this, but that’s because we’ve already mastered it pretty well! Feature engineering is more difficult because it’s domain-specific, while learners can be largely general-purpose. However, there is no sharp frontier between the two, and this is another reason the most useful learners are those that facilitate incorporating knowledge.

In most of computer science, the 2 main limited resources are time and memory. In machine learning, there is a third one: training data. Which one is the bottleneck has changed from decade to decade. In the 1980’s, it tended to be data. Today it is often time. Enormous mountains of data are available, but there is not enough time to process it, so it goes unused. This leads to a paradox: even though in principle more data means that more complex classifiers can be learned, in practice simpler classifiers wind up being used, because complex ones take too long to learn. Part of the answer is to come up with fast ways to learn complex classifiers, and indeed there has been remarkable progress in this direction.

Part of the reason using cleverer algorithms has a smaller payoff than you might expect is that, to a first approximation, they all do the same. This is surprising when you consider representations as different as, say, sets of rules and neural networks. But in fact, propositional rules are readily encoded as neural networks, and similar relationships hold between other representations. All learners essentially work by grouping nearby examples into the same class; the key difference is in the meaning of “nearby.” With non-uniformly distributed data, learners can produce widely different frontiers while still making the same predictions in the regions that matter (those with a substantial number of training examples, and therefore also where most text examples are likely to appear). This also helps explain why powerful learns can be unstable but still accurate. 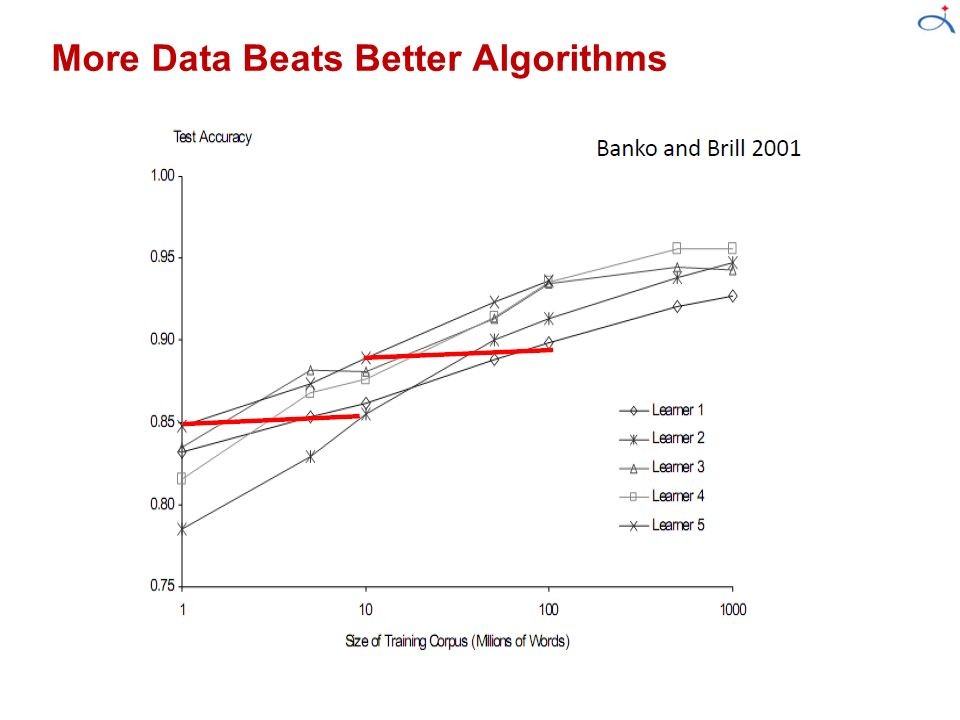 As a rule, it pays to try the simplest learners first (e.g., naive Bayes before logistic regression, k-nearest neighbor before support vector machines). More sophisticated learners are seductive, but they are usually harder to use, because they have more knobs you need to turn to get good results, and because their internals are more opaque).

Learners can be divided into 2 major types: those whose representation has a fixed size, like linear classifiers, and those whose representation can grow with the data, like decision trees. Fixed-size learners can only take advantage of so much data. Variable-size learners can in principle learn any function given sufficient data, but in practice, they may not, because of limitations of the algorithm or computational cost. Also, because of the curse of dimensionality, no existing amount of data may be enough. For these reasons, clever algorithms — those that make the most of the data and computing resources available — often pay off in the end, provided you’re willing to put in the effort. There is no sharp frontier between designing learners and learning classifiers; rather, any given piece of knowledge could be encoded in the learner or learned from data. So machine learning projects often wind up having a significant component of learner design, and practitioners need to have some expertise in it.

9 — Learn Many Models, Not Just One

In the early days of machine learning, everyone had their favorite learner, together with some a priori reasons to believe in its superiority. Most efforts went into trying many variations of it and selecting the best one. Then systematic empirical comparisons showed that the best learner varies from application to application, and systems containing many different learners started to appear. Efforts now went into trying many variations of many learners and still selecting just the best one. But then researchers noticed that, if instead of selecting the best variation found, we combine many variations, the results are better — often much better — and at little extra effort for the user. 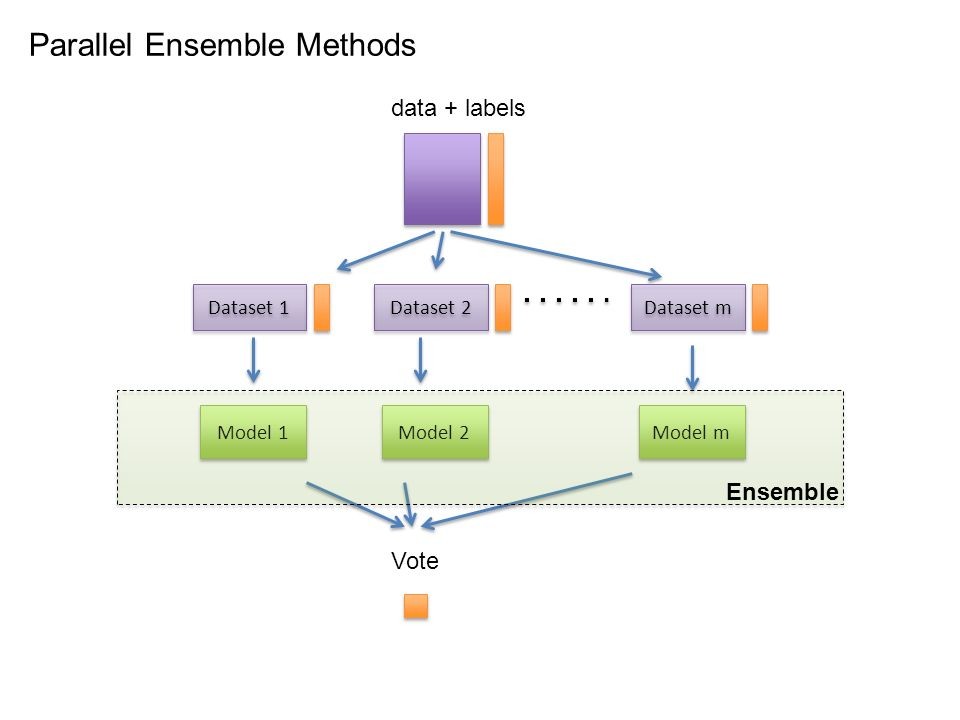 Creating such model ensembles is now standard. In the simplest technique, called bagging, we simply generate random variations of the training set by resampling, learn a classifier on each, and combine the results by voting. This works because it greatly reduces variance while only slightly increasing bias. In boosting, training examples have weights, and these are varied so that each new classifier focuses on the examples the previous ones tended to get wrong. In stacking, the outputs of individual classifiers become the inputs of a “higher-level” learner that figures out how best to combine them.

Many other techniques exist, and the trend is toward larger and larger ensembles. In the Netflix prize, teams from all over the world competed to build the best video recommender system. As the competition progressed, teams found that they obtained the best results by combining their learners with other teams’, and merged into larger and larger teams. The winner and runner-up were both stacked ensembles of over 100 learners, and combining the two ensembles further improved the results. Doubtless, we will see even larger ones in the future.

10 — Simplicity Does Not Imply Accuracy

Occam’s razor famously states that entities should not be multiplied beyond necessity. In machine learning, this is often taken to mean that, given two classifiers with the same training error, the simpler of the two will likely have the lowest test error. Purported proofs of this claim appear regularly in the literature, but in fact, there are many counter-examples to it, and the “no free lunch” theorems imply it cannot be true. 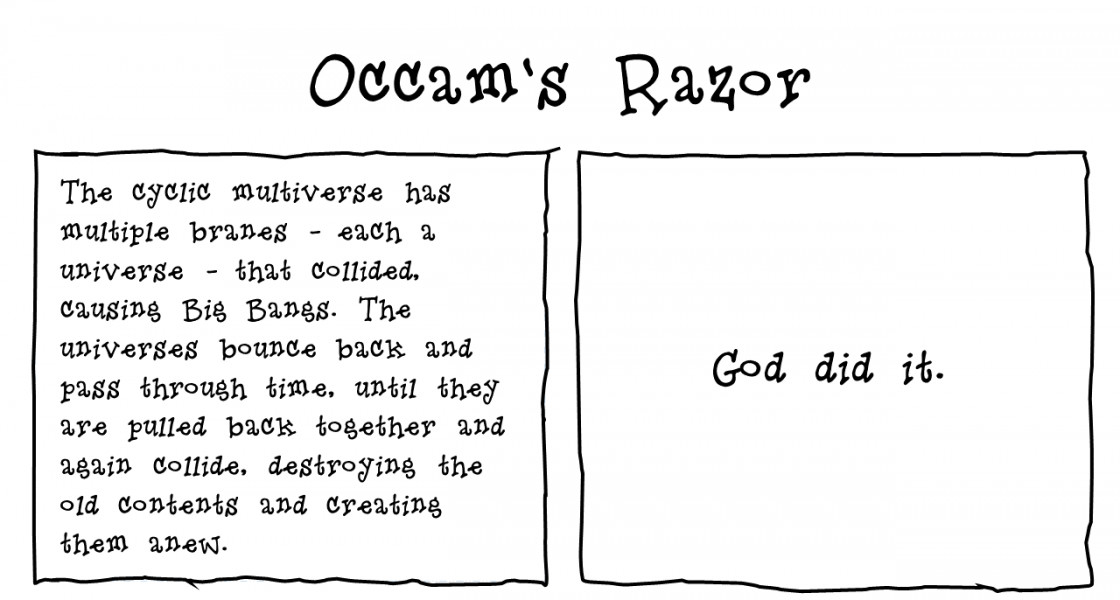 We saw one counterexample in the previous section: model ensembles. The generalization error of a boosted ensemble continues to improve by adding classifiers even after the training error has reached zero. Thus, contrary to intuition, there is no necessary connection between the number of parameters of a model and its tendency to overfit.

A more sophisticated view instead equates complexity with the size of the hypothesis space, on the basis that smaller spaces allow hypotheses to be represented by shorter codes. Bounds like the one in the section on theoretical guarantees above might then be viewed as implying that shorter hypotheses generalize better. This can be further refined by assigning shorter codes to the hypothesis in the space that we have some a priori preference for. But viewing this as “proof” of a tradeoff between accuracy and simplicity is circular reasoning: we made the hypotheses we prefer simpler by design, and if they are accurate it’s because our preferences are accurate, not because the hypotheses are “simple” in the representation we chose.

11 — Representable Does Not Imply Learnable

Essentially all representations used in variable-size learners have associated theorems of the form “Every function can be represented, or approximated arbitrarily closely, using this representation.” Reassured by this, fans of the representation often proceed to ignore all others. However, just because a function can be represented does not mean it can be learned. For example, standard decision tree learners cannot learn trees with more leaves than there are training examples. In continuous spaces, representing even simple functions using a fixed set of primitives often requires an infinite number of components. 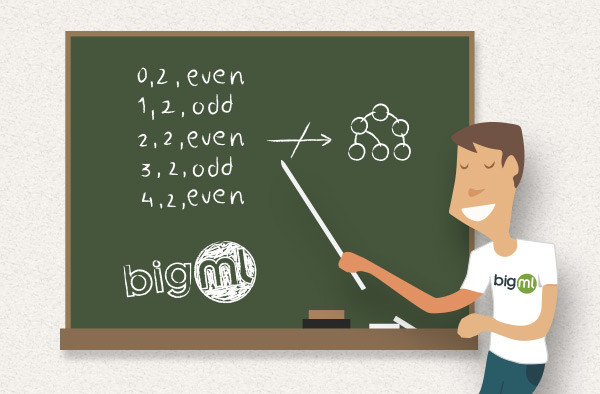 Further, if the hypothesis space has many local optima of the evaluation function, as is often the case, the learner may not find the true function even if it is representable. Given finite data, time and memory, standard learners can learn only a tiny subset of all possible functions, and these subsets are different for learners with different representations. Therefore the key question is not “Can it be represented?”, to which the answer is often trivial, but “Can it be learned?” And it pays to try different learners (and possibly combine them).

12 — Correlation Does Not Imply Causation

The point that correlation does not imply causation is made so often that it is perhaps not worth belaboring. But, even though learners of the kind we have been discussing can only learn correlations, their results are often treated as representing causal relations. Isn’t this wrong? if so, then why do people do it?

More often than not, the goal of learning predictive models is to use them as guides to action. If we find that beer and diapers are often bought together at the supermarket, then perhaps putting beer next to the diaper section will increase sales. But short of actually doing the experiment it’s difficult to tell. Machine learning is usually applied to observational data, where the predictive variables are not under control of the learner, as opposed to experimental data, where they are. Some learning algorithms can potentially extract causal information from observational data but their applicability is rather restricted. On the other hand, correlation is a sign of a potential causal connection, and we can use it as a guide to further investigation.

Like any discipline, machine learning has a lot of “folk wisdom” that can be hard to come by but is crucial for success. Professor Domingos’ paper summarized some of the most salient items. A good place to learn more is his book The Master Algorithm, a non-technical introduction to machine learning. He also teaches an online machine learning course, which you can check out here.