The Statistics of Gang Violence

For Carlos Carcach, Professor & Director, Center for Public Policy at the Escuela Superior de Economía y Negocios (ESEN) in Santa Tecla, El Salvador, gangs are an object of intellectual curiosity and the subject of his research.

The gangs of El Salvador (pandillas, maras) are a Twitter prop for President Trump, a professional occupation for the police of Los Angeles and other cities, and a central focus of the US immigration authorities. 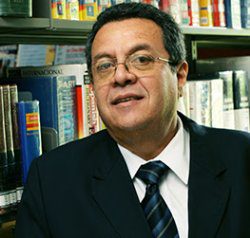 For Carlos Carcach, Professor & Director, Center for Public Policy at the Escuela Superior de Economía y Negocios (ESEN) in Santa Tecla, El Salvador, they are an object of intellectual curiosity and the subject of his research.

One of Carcach's other hats is coordinator of ESEN's post-graduate program in predictive analytics, which offers online instruction in partnership with Statistics.com, using courses from our online certificate program.

I chatted with Carlos about his research into crime in El Salvador as we drove around various neighborhoods in San Salvador several weeks ago. Carcach has studied crime statistics in great geographic detail over a decade and a half, and he described how the activities of Salvadoran gangs has spread and evolved through the countryside not uniformly or randomly, but in the form of a growing network of clusters and links. 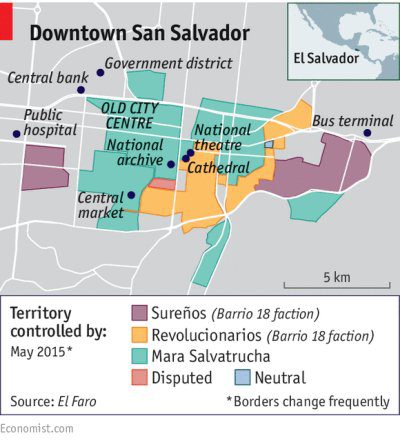 A village that has extensive and mature gang activity - protection rackets organized in hierarchical fashion - will penetrate nearby, more innocent areas with tendrils of similar criminal undertakings, tendrils that spread, thicken and mutate. In more technical terms: "A spatio-temporal model of homicide in El Salvador" (the title of his paper in Crime Science in 2015).

I suggested to Carcach that perhaps an epidemiological model might fit the situation - the spread of an infectious disease. The term "epidemiological criminology" was first proposed for this phenomenon in 2009 (see Akers and Lanier, in the American Journal of Public Health). Carcach allowed that there might be merit in this, but thought a cancer model was more appropriate. For one thing, cancer tends to mutate as it spreads, changing in form, and the criminal activity he was tracking did likewise. For another, infection tends to produce a defensive response in the body it infects, usually overcoming the infection, while cancer does not excite an immediate counterattack from its host.

Carcach was pessimistic about the potential for an organic evolution of society in which the role of the gangs would wither. He said that their activities at the local level were not new - they had been preceded by local actors whose protection and extortion rackets were similar in character, but not in intensity. The gangs, informed and strengthened by their US experiences and connections, simply took control of these activities, and gave them greater intensity - folding them into a hierarchical organization of units not unlike franchises, with an average size of 15 people at the bottom. When they got bigger than that, they tended to split up.

Carcach believes that only the extension and strengthening of basic government services (water, sewage, education) into rural areas would provide the external reinforcement of society against gang growth.