Google’s AutoML: Cutting Through the Hype

In today’s post, I want to look specifically at Google’s AutoML, a product which has received a lot of media attention, and address "What is Google's AutoML?" and more.

By Rachel Thomas, Co-founder at fast.ai

Editor's note: This is part 3 in a series.

To announce Google’s AutoML, Google CEO Sundar Pichai wrote, “Today, designing neural nets is extremely time intensive, and requires an expertise that limits its use to a smaller community of scientists and engineers. That’s why we’ve created an approach called AutoML, showing that it’s possible for neural nets to design neural nets. We hope AutoML will take an ability that a few PhDs have today and will make it possible in three to five years for hundreds of thousands of developers to design new neural nets for their particular needs.” (emphasis mine) 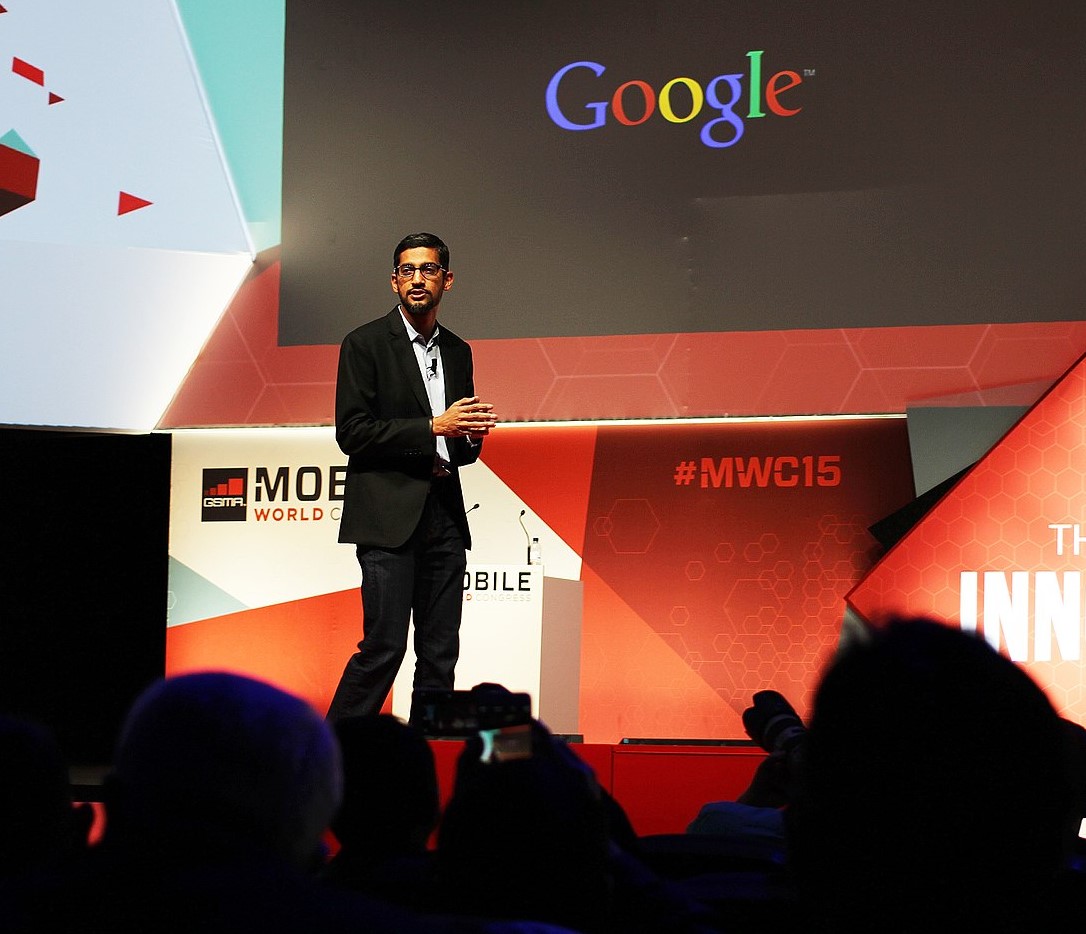 When Google’s Head of AI, Jeff Dean, suggested that 100x computational power could replace the need for machine learning expertise, computationally expensive neural architecture search was the only example he gave to illustrate this point. (around 23:50 in his TensorFlow DevSummit keynote)

This raises a number of questions: do hundreds of thousands of developers need to “design new neural nets for their particular needs” (to quote Pichai’s vision), or is there an effective way for neural nets to generalize to similar problems? Can large amounts of computational power really replace machine learning expertise?

In evaluating Google’s claims, it’s valuable to keep in mind Google has a vested financial interest in convincing us that the key to effective use of deep learning is more computational power, because this is an area where they clearly beat the rest of us. If true, we may all need to purchase Google products. On its own, this doesn’t mean that Google’s claims are false, but it’s good be aware of what financial motivations could underlie their statements.

In my previous posts, I shared an introduction to the history of AutoML, defined what neural architecture search is, and pointed out that for many machine learning projects, designing/choosing an architecture is nowhere near the hardest, most time-consuming, or most painful part of the problem. In today’s post, I want to look specifically at Google’s AutoML, a product which has received a lot of media attention, and address the following:

What is Google's AutoML?

Although the field of AutoML has been around for years (including open-source AutoML libraries, workshops, research, and competitions), in May 2017 Google co-opted the term AutoML for its neural architecture search. In blog posts accompanying announcements made at the conference Google I/O, Google CEO Sundar Pichai wrote, “That’s why we’ve created an approach called AutoML, showing that it’s possible for neural nets to design neural nets” and Google AI researchers Barret Zoph and Quoc Le wrote “In our approach (which we call “AutoML”), a controller neural net can propose a “child” model architecture…”

Headlines from just a few of the many, many articles written about Google's AutoML and Neural Architecture Search

Note: Google Cloud AutoML also has a drag-and-drop ML product that is still in alpha. I applied for access to it over 2 months ago, but I have not heard back from Google yet. I plan to write a post once it’s released.

What is transfer learning?

Transfer learning is a powerful technique that lets people with smaller datasets or less computational power achieve state-of-the-art results, by taking advantage of pre-trained models that have been trained on similar, larger data sets. Because the model learned via transfer learning doesn’t have to learn from scratch, it can generally reach higher accuracy with much less data and computation time than models that don’t use transfer learning.

Transfer learning is a core technique that we use throughout our free Practical Deep Learning for Coders course– and that our students have been applying in production in everything from their own startups to Fortune 500 companies. Although transfer learning seems to be considered “less sexy” than neural architecture search, it is being used to achieve ground-breaking academic results, such as in Jeremy Howard and Sebastian Ruder’s application of transfer learning to NLP, which achieved state-of-the-art classification on 6 datasets and is serving as a basis for further research in this area at OpenAI.

The underlying idea of transfer learning is that neural net architectures will generalize for similar types of problems: for example, that many images have underlying features (such as corners, circles, dog faces, or wheels) that show up in a variety of different types of images. In contrast, the underlying idea of promoting neural architecture search for every problem is the opposite: that each dataset has a unique, highly specialized architecture it will perform best with.

What Neural Architecture Search is good for

AmoebaNet was not designed with a reward function that involved the ability to scale, and so it didn’t scale as well as ResNet to multiple machines, but a neural net that scales well could potentially be learned in the future, optimized for different qualities.

In need of more evidence

We haven’t seen evidence that every dataset would be best modeled with its own custom model, as opposed to instead fine-tuning an existing model. Since neural architecture search requires a larger training set, this would particularly be an issue for smaller data sets. Even some of Google’s own research uses transferable techniques instead of finding a new architecture for each data set, such as NASNet(blog post here), which learned an architectural building block on Cifar10 and then used that building block to create an architecture for ImageNet. I don’t know of any widely-entered machine learning competitions that have been won using neural architectures search yet.

Furthermore, we don’t know that the mega-computationally expensive approach to neural architecture search that Google touts is the superior approach. For instance, more recent papers such as Efficient Neural Architecture Search (ENAS) and Differentiable architecture search (DARTS) propose significantly more efficient algorithms. DARTS takes just 4 GPU days, compared to 1800 GPU days for NASNetand 3150 GPU days for AmoebaNet (all learned to the same accuracy on Cifar-10). Jeff Dean is an author on the ENAS paper, which proposed a technique that is 1000x less computationally expensive, which seems inconsistent with his emphasis at the TF DevSummit one month later on using approaches that are 100x morecomputationally expensive.

Then why all the hype about Google's AutoML?

Given the above limitations, why has Google AutoML’s hype been so disproportionate to its proven usefulness (at least so far)? I think there are a few explanations:

How can we address the shortage of machine learning expertise?

To return to the issue that Jeff Dean raised in his TensorFlow DevSummit keynoteabout the global shortage of machine learning practitioners, a different approach is possible. We can remove the biggest obstacles to using deep learning in several ways by:

Making Deep Learning Easier to Use

Research to make deep learning easier to use has a huge impact, making it faster and simpler to train better networks. Examples of exciting discoveries that have now become standard practice are:

Newer research to improve ease of use includes:

None of the above discoveries involve bare-metal power; instead, all of them were creative ideas of ways to do things differently.

Address Myths About What it Takes to Do Deep Learning

Another obstacle is the many myths that cause people to believe that deep learning isn’t for them: falsely believing that their data is too small, that they don’t have the right education or background, or that their computers aren’t big enough. One such myth says that only machine learning PhDs are capable of using deep learning, and many companies that can’t afford to hire expensive experts don’t even bother trying. However, it’s not only possible for companies to train the employees they already have to become machine learning experts, it’s even preferable, because your current employees already have domain expertise for the area you work in!

In my talk at the MIT Technology Review Conference, I addressed 6 Myths that lead people to incorrectly believe that using deep learning is harder than it is.

For the vast majority of people I talk with, the barriers to entry for deep learning are far lower than they expected: one year of coding experience and access to a GPU.

Although the cost of cloud GPUs (around 50 cents per hour) are within the budgets of many of us, I’m periodically contacted by students from around the world that can’t afford any GPU use at all. In some countries, rules about banking and credit cards can make it difficult for students to use services like AWS, even when they have the money. Google Colab notebooks are a solution! Colab notebooks provide a Jupyter notebook environment that requires no setup to use, runs entirely in the cloud, and gives users access to a free GPU (although long-running GPU use is not allowed). They can also be used to create documentation that contains working code samples running in an interactive environment. Google colab notebooks will do much more to democratize deep learning than Google’s AutoML will; perhaps this would be a better target for Google’s marketing machine in the future.

If you haven’t already, check out Part 1: What is it that machine learning practitioners do? and Part 2: An Opinionated Introduction to AutoML Neural Architecture Search of this series.

Bio: Rachel Thomas is co-founder at fast.ai and a professor of the MS in Analytics program at the University of San Francisco. She is also an Ask-a-Data-Scientist Advice Columnist, a Duke Math PhD, ex-Quant, and ex-Uber Software Dev.