The ultimate list of Web Scraping tools and software

Here's your guide to pick the right web scraping tool for your specific data needs.

Hosted on cloud and common scraping issues like rate limiting and rotating among multiple IP addresses taken care off (all in the free version!), 80Legs is a web crawling wonder! Upload your list of URLs, set the crawl limits, choose one of the pre-built apps from the versatile 80Legs app and you’re good to go. Example of an 80Legs app would be the Keyword app that counts the number of times the search term appears in all the listed URLs individually. Users are free to build their own apps and code which can be pushed into 80Legs making the tool more customizable and powerful.

Oh! And they’ve released a new version of their portal recently. Check it out.

Although touted as a visual point-and-click web scraping tool for non-coders, the complete potential of this tool can be tapped by folks with great programming skills leading to effective web scraping. Scripting templates are up for the grab to customize your scrapes and you can add your own C# or Visual Basic lines of code to it. Agent Explorer and XPath Editor provide options to group multiple commands and edit XPath as needed.

Targeted mostly at businesses and enterprises, Mozenda lets you create scraping agents which can be either hosted on Mozenda’s own servers or run in your system. Agreed that it has a nice UI to point-and-click but to develop the scraping agent, you need to spend time on tutorials and often get the help of their support team to construct an agent. That’s why categorizing it as a DIY tool for non-techies would be misleading. The robust tool can understand lists and complex website layouts along with XPath compatibility.

Totally a Windows application and highly priced at an unbelievable $300/month for 2 simultaneous runs and 10 Agents.

Connotate is a data extraction platform built exclusively for web data needs in enterprises. Though point-and-click is the method of data harvesting taken by Connotate, the UI and pricing are clearly not towards people with one-time scrape needs. Dealing with the schemas and maintaining the scraping agents needs trained people and if your company is looking for ways to collect information from thousands of URLs, then Connotate is the way to go.

Connotate’s ability to deal with a huge number of dynamic sites along with its document extraction capabilities make the platform a viable option for large enterprises that utilize web data on a regular basis.

Handling of errors during large-scale scrapes is not done smoothly which could cause a slight hiccup in your ongoing scraping project.

Apify, as the name indicates, is a web scraping platform for coders who want to turn websites into APIs. Cron-like scheduling of jobs and advanced web crawler features that support scraping of large websites is supported by Apify. They’ve got options for individual coders to enterprises to develop and maintain their APIs.

As easy as it is for developers to write a few lines of Javascript, handling IP rotation and proxies would be their prime challenge which goes unaddressed directly in Apify.

Another web scraping software taking the API route of accessing web data, Diffbot incorporates ML and NLP techniques to identify and sort web content. Developers can create their custom APIs to analyze content on blogs, reviews and event pages. Diffbot extends a library of these APIs that makes it easy to choose and integrate the API of your choice. 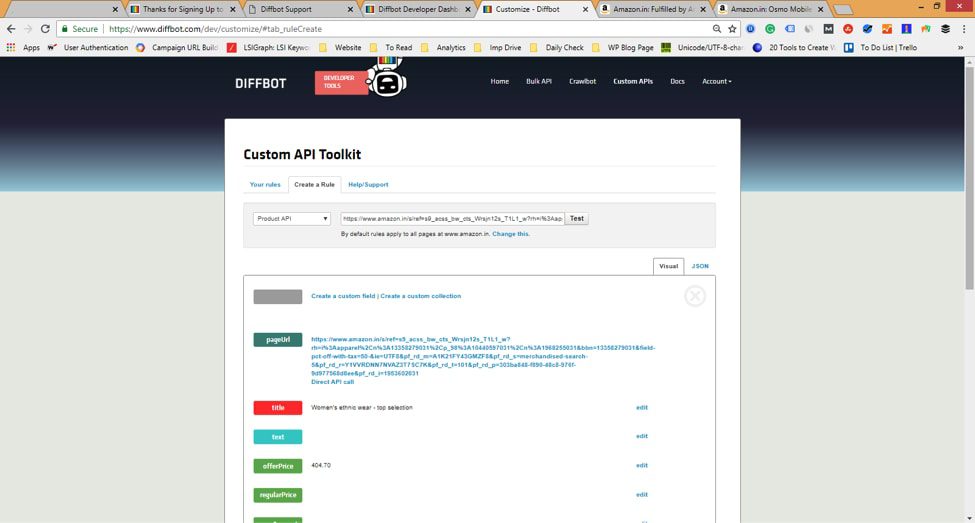 Their ML-based algorithm to identify and classify the type of web content delivers an accurate extraction of the data.

Human-like understanding of documents are yet to be brought in and Diffbot is on the expensive side of scraping the web too.

‘Turn website content into datasets’ goes the claim on the Diggernaut homepage along with a ‘no-programming skills required’ tag. But the cloud-based extraction tool that comes as a chrome extension and as a standalone desktop application, has the meta-language feature that allows coders to automate difficult scraping tasks with their own code. An understanding of HTML,CSS/JQuery, and YAML markup languages are needed to configure their diggers. 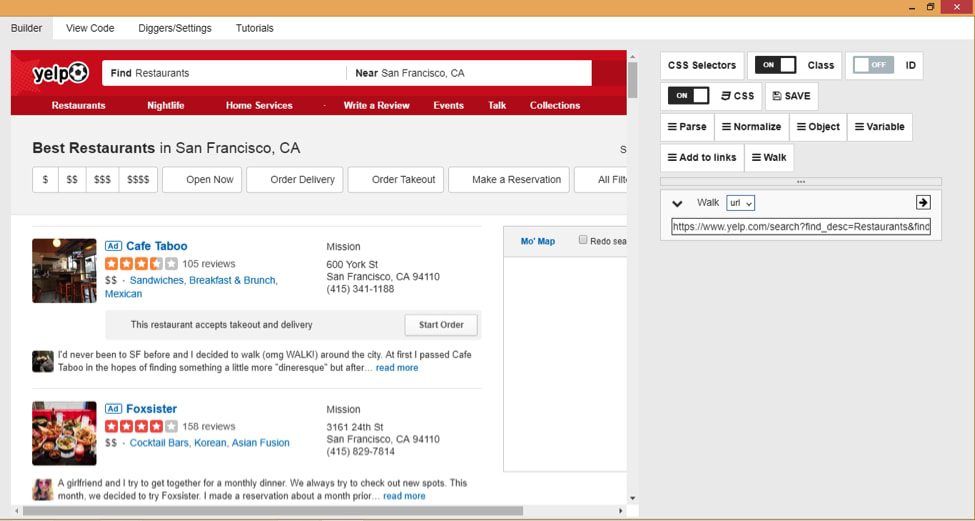 In the point-and-click genre, Diggernaut is a little difficult to understand at first. Also, when image extraction features are quite slick it hurts to see no document extraction modules.

Web scraping tools are available in plenty out there and they work like a charm for one-off scrapes, small-time scraping hobbies and routine scrapes that have an in-house team of professionals dedicated for its maintenance though there’s always the effort that you have to spend on cleaning and enriching the output data.

Have I missed out any of your all-time favorite web scraping tools? Drop in your own scraping star in the comments section.

Bio: Ida Jessie Sagina is a content marketing specialist, currently focusing her content efforts for Scrapeworks an associate division of Mobius Knowledge Services. She keeps a tab on new tech developments and enjoys writing about anything that spells data.