Adding attention to your neural networks is a bit like wanting to take an afternoon nap at work. You know it’s better for you, everyone wants to do it, but everyone’s too scared to.

My goal today is to assume nothing, explain the details with animations, and make math great again (MMGA? ugh…)

RNNs let us model sequences in neural networks. While there are other ways of modeling sequences, RNNs are particularly useful. RNNs come in two flavors, LSTM's (Hochreiter et al, 1997) and GRUs (Cho et al, 2014). For a deep tutorial, check out Chris Colah’s tutorial.

Let’s look at machine translation for a concrete example of an RNN.

Except we don’t feed an integer into the RNN, we use a higher dimensional representation which we currently obtain through embeddings. An embedding lets us map a sequence of discrete tokens into continuous space (Bengio et al, 2003).

An RNN cell takes in two inputs, a word x, and a hidden state from the previous time step h. At every time step, it outputs a new h.

*Tip: For the first step h is normally just zeros.

This is important: RNN cell is DIFFERENT from an RNN.

There’s a MAJOR point of confusion in RNN terminology. In deep learning frameworks like Pytorch and Tensorflow, the RNN CELL is the unit that performs this computation:

the RNN NETWORK for loops the cell over the time steps

Here’s an illustration of an RNN moving the same RNN cell over time:

The RNN moves the RNN cell over time. For attention, we’ll use ALL the h’s produced at each timestep

Now you’re a pro at RNNs, but let’s take it easy for a minute.

RNNs can be used as blocks into larger deep learning systems.

One such system is a Seq2Seq model introduced by Bengio’s group (Cho et al, 2014) and Google (Sutskever et al, 2014), which can be used to translate a sequence to another. You can frame a lot of problems as translation:

A seq2seq model is nothing more than 2 RNNs, an encoder (E), and decoder (D).

The seq2seq model has 2 major steps:

This part gets really involved. The encoder in the previous step processed the full sequence at once (ie: it was a vanilla RNN).

In this second step, we run the decoder RNN one step at a time to generate predictions autoregressively (this is fancy for using the output of the previous step as the input to the next step).

There are two major ways of doing the decoding:

It’s called greedy because we always go with the highest probability next word. 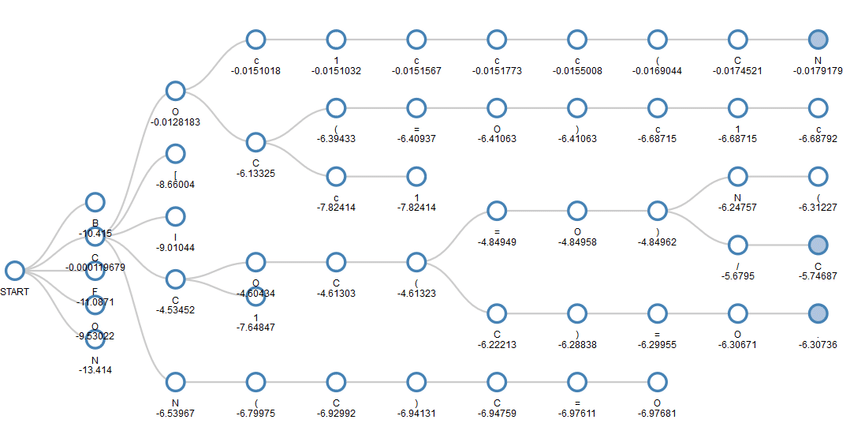 This youtube video has a detailed beam search tutorial!

So, the full seq2seq process with greedy decoding as an animation to translate “NYU NLP is awesome” into Spanish looks like this:

Seq2Seq is made up of 2 RNNs an encoder and decoder

This model has various parts: