Ok, now that we’ve covered all the prereqs, let’s get to the good stuff.

If you noticed on the previous animation, the decoder only looked at the last hidden vector generated by the encoder. 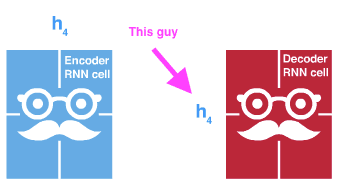 Turns out, it’s hard for the RNN to remember everything that happened over the sequence in this single vector (Bahdanau et al, 2015). For example, the word “NYU” could have been forgotten by the encoder by the time it finishes processing the input sequence.

Attention tries to solve this problem.

When you give a model an attention mechanism you allow it to look at ALL the h’s produced by the encoder at EACH decoding step.

To do this, we use a separate network, usually 1 fully connected layer which calculates how much of all the h’s the decoder wants to look at. This is called the attention mechanism.

So imagine that for all the h’s we generated, we’re actually only going to take a bit of each. Their sum is called a context vector c.

Alphas are generated by a neural network + softmax.

those weights are generated by a small neural network in this way:

Now that we have the weights, we use them to pull out the h’s which might be relevant for that particular token being decoded

Let’s break it down into steps:

The attention weights tell us how important each h is. This means we can also visualize the weights at each decoding step. Here’s an example from the original attention paper: 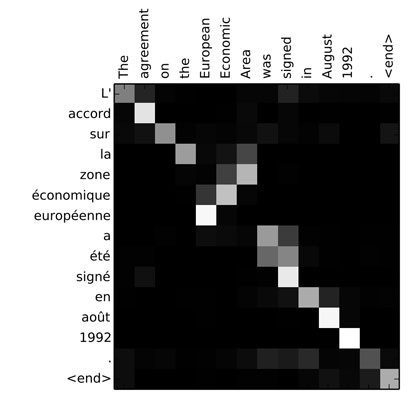 In the first row, to translate “L’” the network used an alpha on the word “The” and zeroed the rest out.

To generate the word “economique” the network actually put some weight of the alphas at “European Economic” and zeroed out the rest. This shows attention’s usefulness when the translation relationship is many-to-one or one-to-many.

Attention Can Get Complicated

This type of attention used only the h’s generated by the encoder. There’s a ton of research on improving on that process. For example:

How to calculate attention energies

Another research area deals with how to calculate the attention scores. Instead of a dot product with V, researchers have also tried:

What to use when calculating attention energies

This final area of research looked at what exactly should go into comparing with the h vectors.

The method I described here only uses the current token and each h to compute the attention score. That is:

But really we could give it anything we might think is useful to help the attention network make the best decision. Maybe we give it the last context vector also!

or maybe we give it something different, maybe a token to let it know it’s decoding Spanish

The possibilities are endless!

Here are some tips to think about if you decide to implement your own.

Ok, fine that was a cop-out. Here are actual tips.

Again, most of the time, you should just use an open source implementation, but it’s a great learning experience to do your own!

Turns out… the attention network by itself was shown to be really powerful.

So much so, that researchers decided to get rid of the RNNs and the sequence to sequence approach. They instead created something called a Transformer model.

At a high-level, a transformer still has an encoder and decoder except the layers are fully connected and look at the full input at once. Then as the input moves through the network, attention heads are applied to focus on what’s important. 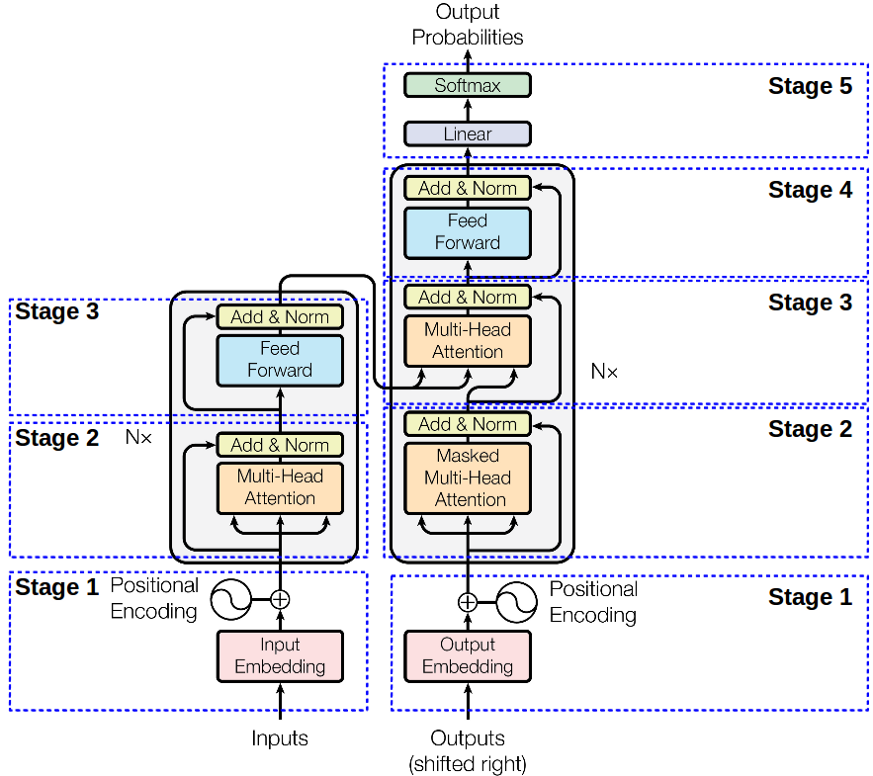 This model has largely replaced seq2seq models in translation and is behind the currently most powerful models, BERT and OpenAI’s GPT.

Bio: William Falcon is startup founder, AI researcher and AI writer for Forbes. He is passionate about encouraging latinX inclusion in STEM and using AI for social impact. His research interest is in the intersection of AI and neuroscience with a focus on biologically inspired fundamental research in deep learning and reinforcement learning with applications to social problems, neuroscience, and NLP.

2 Responses to “Attention Craving RNNS: Building Up To Transformer Networks”