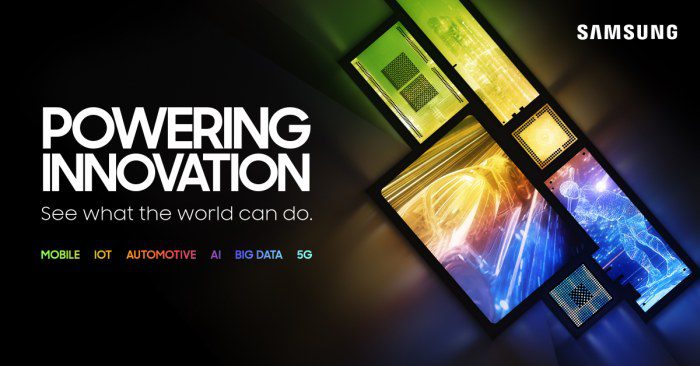 But the real super-power behind our smartphones, apps, servers, automated homes and autonomous vehicles isn’t magic – it’s silicon, in the form of advanced processor and memory chips.

A vivid reminder of this was provided by Samsung Semiconductor, a world leader in advanced semiconductor technology, at its Samsung Tech Day on Oct. 23 in San Jose. The annual event is part of Samsung’s ongoing effort to foster innovation across the technology ecosystem, with hundreds of attendees learning about and discussing the future of consumer and business technology sectors.

The agenda focused on emerging applications like 5G, artificial intelligence (AI), Cloud and Edge computing, autonomous vehicles, and the Internet of Things (IoT), and included a number of semiconductor-related announcements that will have across-the-board impact in key market areas:

Meanwhile, a newly announced 12-layer stacking process allows a dozen 16GB memory chips to be interconnected with over 60,000 vertical “vias.” This enables a line of forthcoming 24-Gigabit HBMs that run at unprecedented speed while keeping the same form factor as earlier-generation devices – a boon for developers of advanced graphics systems, servers, and AI.

JS Choi, President of Samsung Semiconductor, Inc., captured the tone of Tech Day when he commented,

“Samsung is focused on harnessing the most semiconductor capabilities to power innovation across key markets. From System LSI devices that are perfectly adapted for real-world 5G and AI to advanced solid-state drives (SSDs) that handle mission-critical tasks and offload CPU workload, we are determined to deliver infrastructure capabilities that are built to enable every wave of innovation.”

That type of hard work is, in some sense, the opposite of magic – but Samsung’s efforts are bringing us ever closer to the state envisioned by Clarke.