Introduction to the White-Box AI: the Concept of Interpretability

ML models interpretability can be seen as “the ability to explain or to present in understandable terms to a human.” Read this article and learn to go beyond the black box of AI, where algorithms make predictions, toward the underlying explanation remains unknown and untraceable.

By Sciforce, software solutions based on science-driven information technologies

The common story: you start analyzing how a certain ML model works and at some point you see the familiar phrase “and then some magic happens”. This is called the black box of AI, where algorithms make predictions, but the underlying explanation remains unknown and untraceable. The root of the evil lies in the inherent complexity that bestows the extraordinary predictive abilities on machine learning algorithms and also makes the answers hard to understand, and maybe even to trust.

It might be a general requirement for any good science to understand and trust models and results, in a number of highly regulated industries, such as healthcare, banking, or insurance, interpretability becomes a serious legal mandate.

This is a very old subject in Machine Learning. Dr Andy first came across it in the ’80s who created a more transparent Fuzzy Logic Rule Induction algorithm which has been improved and refined ever since.

The one way data scientists tried to tackle this issue was to enforce monotonicity constraints, i.e. a relationship that only changes in one direction between independent variables and a machine-learned response function, in reality algorithms persisted to create nonlinear, non-monotonic, non-polynomial, and even non-continuous functions that approximated the relationship between independent and dependent variables in a data set. Another approach was to use linear models, even though it usually meant giving up a couple points on the accuracy scale.

However, it soon became clear that such measures could not ensure acceptable levels of reliability and transparency of prediction and a new approach was required to change the whole concept of model interpretability. The new approach has got named White Box AI and focuses on interpretable models. White-box models, or in other terms interpretable models, are the type of models which one can explain how they behave, how they produce predictions and what the influencing variables are. There are two key elements that make a model white-box: features have to be understandable, and the ML process has to be transparent.

ML models interpretability can be seen as “the ability to explain or to present in understandable terms to a human.” (Doshi-Velez et al., 2017). Regardless of the simple definition, technical challenges and the needs of different user communities have made interpretability a subjective and complicated subject. To make it more objective, a taxonomy (Hall et al., 2917) was adopted that describes models in terms of their complexity, and categorizes interpretability techniques by the global or local scope of explanations they generate, the family of algorithms to which they can be applied, and their ability to promote trust and understanding.

Model complexity and scale of interpretability

Generally, the more complex the model, the more difficult it is to interpret and explain. The number of weights or rules in a model — or its Vapnik–Chervonenkis dimension, a more formal measure — are good ways to quantify a model’s complexity. Here we show the relative complexity of different types of models impacting their interpretability as classified by Patrick Hall and Navdeep Gill (Hall & Gill, 2018): 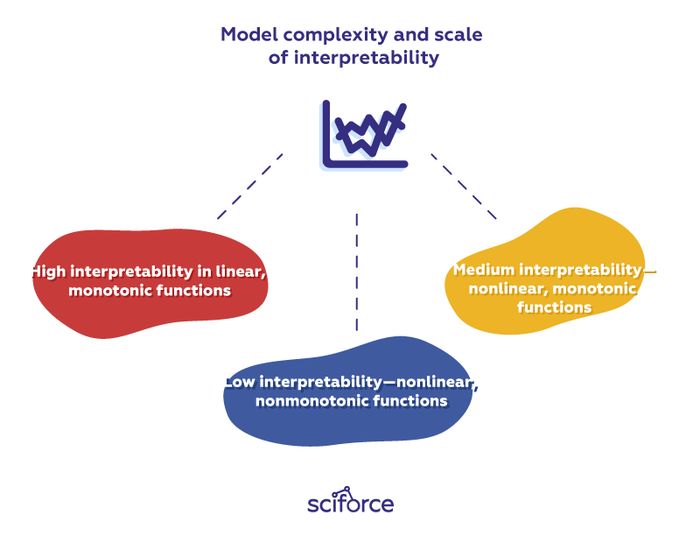 If we analyze an algorithm training a model to perform certain predictions, we’ll see that each step can be evaluated in terms of transparency or interpretability. As it is often important to understand the entire model trained on a global scale, and be able to zoom into local regions of your data or your predictions, data scientists talk about global and local interpretability. Starting from the algorithm level, we can name the following interpretability levels (Molnar, 2019): 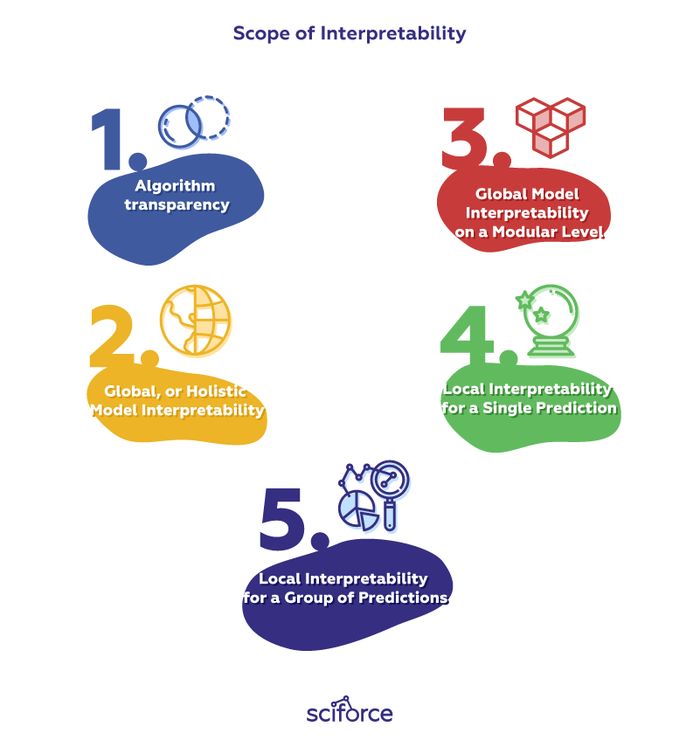 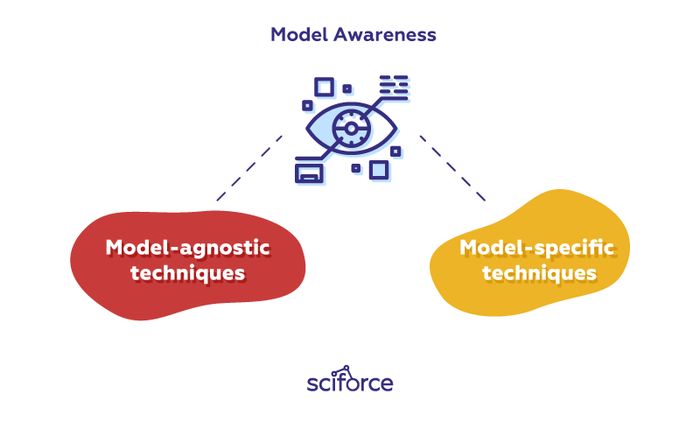 While in this overview we wanted to explore the multidimensional notion of ML models interpretability. In the next post we’ll go specifically into interpretability techniques that appear today in the increasing pace, as more and more organizations and individuals embrace machine learning algorithms for predictive modeling.

SciForce is a Ukraine-based IT company specialized in development of software solutions based on science-driven information technologies. We have wide-ranging expertise in many key AI technologies, including Data Mining, Digital Signal Processing, Natural Language Processing, Machine Learning, Image Processing, and Computer Vision.