How DeepMind Trains Agents to Play Any Game Without Intervention 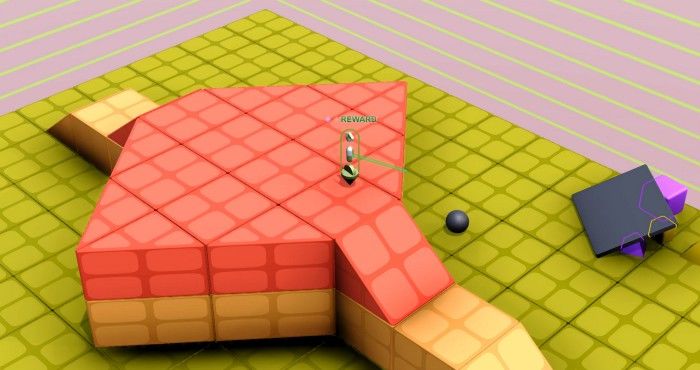 In essence, the DeepMind recipe to build generally capable agents is based in three intuitive building blocks:

A Rich Universe of Training Tasks

To generally master the skills to learn different games, DeepMind created an environment called XLand which is, essentially, a galaxy of games. In the XLand galaxy, games are placed based on the proximity of some characteristics such as cooperation or competition dynamics. Each game can be played using different levels of complexity that are dynamically changed to improve the learning behavior of the agent. 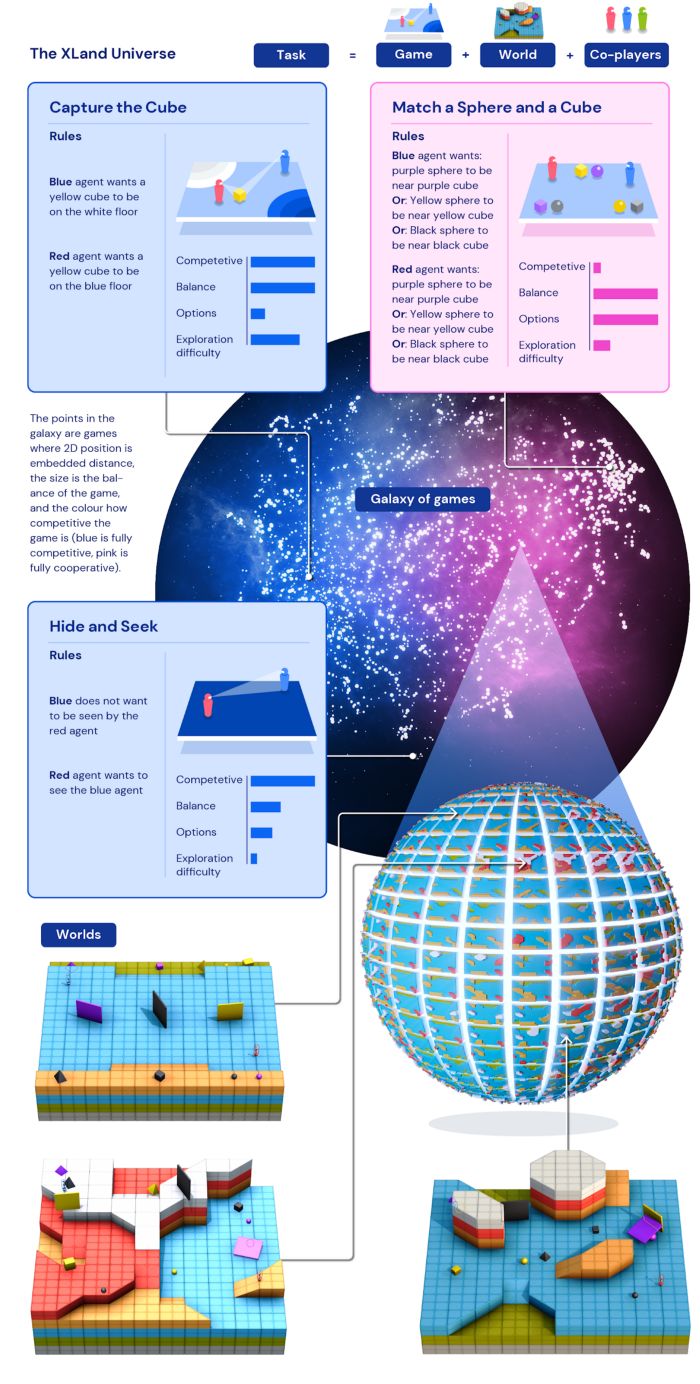 A Flexible Architecture and Training Method

DeepMind’s agent architecture is based on a goal-attentive agent(GOAT) neural network that uses attention over its current state. This mechanism helps the agent to focus on specific subgoals within a given game. The distribution of training tasks are selected using DeepMind’s favorite population based training (PBT) which have been used in many of their reinforcement learning models. PBT adjust the parameters of the task generation process in order to improve the learning of the agent. The training process literally starts from zero and gradually builds up complexity based on the agent’s progress. 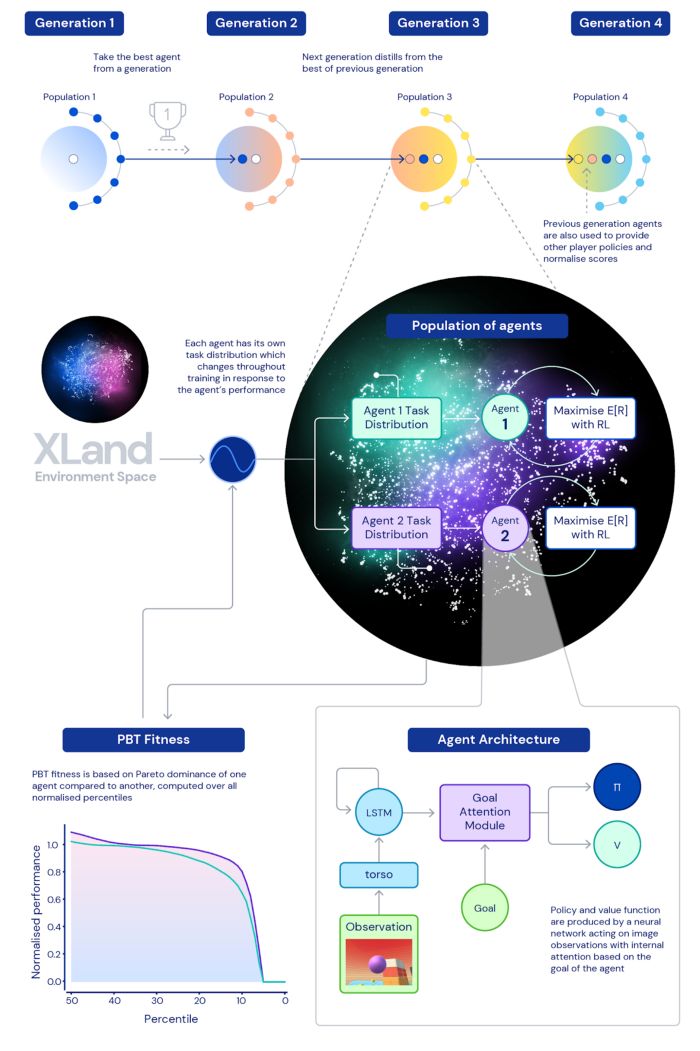 Quantifying learning progress across heterogenous tasks can be a major challenge. To address that, DeepMind’s normalizes the scores per task and uses the Nash equilibrium value computed using a current set of trained players. The evaluation tasks look at the different percentiles of the normalized scores which can be compared across different agents.

DeepMind trained its generally capable agent in roughly 700,000 games across 4000 worlds in XLand. That translated approximately to 200,000,000,000 training steps and 3,400, 000 training tasks. The agents were able to master nearly every task with near zero human intervention. This clearly shows the viability of this type of approach to master multiple complex tasks using a single agent without human supervision. The ideas outlined in this paper might be the beginning of a new wave of reinforcement learning milestones. You can see the agents in action in the video below: