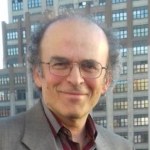 Gregory Piatetsky-Shapiro, PhD, is the President of KDnuggets, and a top influencer in Big Data, Data Mining, and Data Science. He is a co-founder of KDD, the leading research conference on Data Mining and Data Science, and co-founder and past chair of ACM SIGKDD. He was a Chief Scientist at two startups. Here is Gregory's bio . Follow Gregory on Twitter: @kdnuggets or LinkedIn.