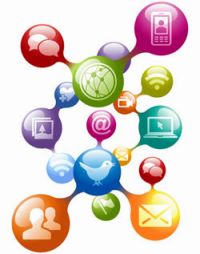 Notes
Comparing with a similar 2012 KDnuggets Poll: Data types analyzed/mined, we see that the data types/sources with the highest increase were

The largest declines in usage were for

We also added new options in 2014 poll for accessing data from a database engine, and took the top 7 database engines from db-engines.com/en/ranking.

Overall, 70% of all respondents have accessed data from some database, but only about 20% accessed NoSQL databases (Hadoop, MongoDB or another DB engine)

We note that popularity of database engine for data mining is NOT in the same order as in db-engines ranking, with SQL server being an especially popular source for data access.

We also analyzed co-occurrence of popular data types with different types of databases, and measured "affinity" of database engine to data type as ratio of how frequently this data type was used in conjunction with that database, divided by average % usage of that data type. The usage of a particular data type and a database engine by the same respondent within a year does not mean that that DB was used for analyzing this data type, but we found some interesting and strong correlations.

Table below shows breakdown by Region, with columns: