Kaggle's platform for predictive modeling competitions helps companies, governments, and researchers identify solutions to some of the world's hardest data problems by posting them as competitions to a community of more than 17,000 PhD-level data scientists located around the world. ... In addition to the prize money and data, they use Kaggle to meet, network and collaborate with experts from related fields. As Kaggle founder Anthony Goldbloom tells me,

Here's how it works. Companies, and organizations can post large data sets to the platform, and ask scientists to solve a problem or question from the data. The thousands of data scientists who participate in Kaggle competitions then develop algorithms to solve these large-scale problems and submit iterations of their algorithms throughout each competition.

Kaggle actually maintains a real-time leaderboard of each competition's standings, so competitors are motivated to exceed the current benchmark until the competition closes. Once a competition ends, the sponsoring organization has a solution, and the field's top entrants take home the competition prize. Thus far, data scientists from all over the world have submitted nearly 47,000 entries to various Kaggle competitions. 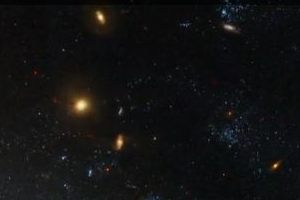 Kaggle says the results have actually led to new data discoveries and breakthroughs across many industries. For example, a competition for NASA, the Royal Astronomical Society, and the European Space Agency identified new ways to map dark matter in the universe, while another competition helped better determine the likelihood that the health of a HIV patient would improve or deteriorate.

Another example was showcased by insurance company Allstate, which ran a Claim Prediction Challenge and wanted to determine which motor vehicles were more likely to end up in a car accident from their subset of users. Allstate provided two years of data on the cars insured by the company for scientists to run.

See also NYTimes: A Site for Data Scientists to Prove Their Skills and Make Money

Vincent
Regarding whether Kaggle is a threat to US analytic jobs: is it not. few people want to spend weeks on a project, knowing that the chance to be paid is 1/50. In addition, it tends to attract beginners rather then senior, very experienced scientists. But maybe I'll try once, not to win, but to get access to the data, for free!