KDnuggets Home » News » 2012 » Sep » News Briefs » Analytics segment most attractive in the Indian KPO sector  (  )
The analytics segment is least affected by the global economic slowdown; Revenue of pure-play analytics firms in India, lead by MuSigma, increased rapidly at a CAGR of 38% from 2007 to 2011. 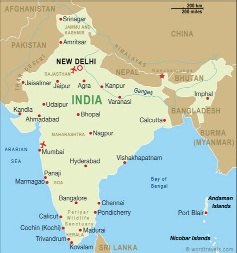 Analytics has evolved tremendously and it is no surprise that it is currently the most attractive segment in the Indian knowledge process outsourcing (KPO) sector, as found by ValueNotes in their latest report.

In the report titled "Analytics: Financial Performance Review", ValueNotes analyses the key financial ratios of pure-play KPOs with operations in India, that specifically cater to the analytics segment.

"The analytics segment has stood up to the global economic slowdown remarkably well, and is currently the most attractive segment in the KPO sector," says Arjun Bhuwalka, Project Manager at ValueNotes. He adds, "The revenue of the companies, analysed in this report, increased rapidly at a CAGR of 38% from 2007 to 2011. For firms to capitalize on this high growth market, taking early steps to improve their financials will have a positive result in the long term."

Financial indicators show that in 2007, the pure-play analytics companies in India urgently needed to take measures to improve their profitabilty and overall performance. Since then, these companies have successfully improved their financial performance despite the poor economic environment. These improvements peaked in 2010 but corrected to an extent in 2011 raising the question of whether the current performance is sustainable.

Rising operating costs reigned in, but cost pressures still exist
Operating cost increased till 2008 which resulted in a downward pressure on operating margins. Operating cost as a percentage of revenue increased to a high of 99% in 2008 and as a result, EBIT margins turned negative. Since then, companies have tightened their operating expenses.

MuSigma has topped the Service Provider Evaluation ranking in 2011 and shown strong financial credentials across parameters. The company represents the financial performance needed by firms in the industry in the current situation. They have the highest reported revenue, backed with industry leading margins and high returns to its shareholders. Other companies that have stood out for their financial performance are Fractal Analytics, ActiveCubes, Manthan, and Vehere.