)
new episode of BBC analytics-orientied show More or Less: "What matters is what works", examines whether governments make decisions based on evidence, or instinct.

What matters is what works


Should governments make decisions based on evidence, or instinct?

New Labour was elected in 1997 with a manifesto that said, "what matters is what works". But in power, evidence was often ignored. We find out whether the new government intends to pursue what works, or what feels right.

Tim Harford interviews the Minister of State for Universities and Science, David Willetts.

Do banks really contribute 24% of all UK tax? 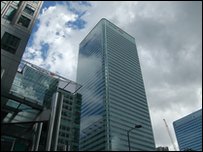 Does the banking sector contribute 24% of all UK tax, as the former trade minister Lord Jones recently claimed?

Ruth Alexander has the answer.

(A sneak preview: the answer is no).

No probability distribution has colonised the airport bookshops like that cheeky little power law distribution, the 80/20 rule. Why?

Ugly people are more likely to commit crime. So say researchers working in the new field of 'anthropometrics'.