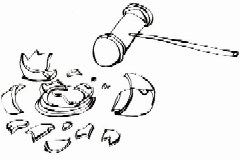 Recently, an Italian judge held 7 scientists criminally responsible for failure to predict an earthquake.
Earthquake prediction is very uncertain, so in my opinion it was a bad decision, but data scientists should be aware that the hype around capabilities of Big Data can lead to a backlash if something does not work. Excluding cases when predictions are trivial (sun will come up tomorrow) or impossible beyond a random guess, when data scientists should be responsible for their predictions?

This was the topic of the latest KDnuggets Poll: Should data scientists / data miners be responsible for their predictions?

The regional breakdown suggests that Asian and East European data miners had the highest vote for responsibility (combining financial and criminal responsibility), while Latin American had the lowest. The remaining votes fall into "Not Sure" category.

Olfa Nasraoui, Oct 31, 2012, They can be cross-validated not prosecuted
Earthquake prediction is already an uncertain task. To prosecute the data scientists is abusive in my opinion. I know that this may sound ridiculous but they can be cross-validated not prosecuted! In other words, just like their prediction models, their predictions can be tracked over decades and validated to gauge their detection and false alarm rates and then given a rating score if needed, not prosecuted.
Data scientists should also start to deliver their predictions accompanied by some fine print to protect them from liability especially in the face of concept drift and other casual annoyances ;)

Egon Willighagen, Oct 31
Of course, they do have an ethical (not legal) responsibility in making clear that the predictions are not carved in stone, and that they have an error.

Adie Josh, Oct 31
Data Scientists can't predict whether you will be alive tomorrow or not. There are situations for which we can't be certain all the time. Even a simple association rule like "if someone buys milk he also buys bread" may not be true all the time.

Ok here goes there responsibility : When a data scientist predicts something, he tells the confidence from the data, and indicates the probability of happening of certain event. If he says he's 99% sure of something to happen, he means that his supposition may not work all the time. It's bloody statistics, not data scientists...

Serge Blanc, Oct 31
Of course data miners should be held responsible for their predictions... if they are not able to explain clearly that their recommendation is only the most probable outcome! A prediction doesn't mean nothing without its probability or error margin.

As I always say to my clients:" I provide insight to help make better decisions; but YOU make the decision" ;-)

Manfred Schmidt, Oct 31
If the analysts haven't made clear that predictions are not just future facts, they should be made responsible for this.