KDnuggets Home » News » 2012 » Dec » New Poll: Gun ownership vs Gun violence connection?
The relation between gun ownership and gun violence is not a simple one, and is very political charged. But please set politics aside, put on your data scientist hat, and look at the data. What do you think is the connection? Please vote

A recent KDnuggets poll asked:
What is the connection between gun deaths and gun ownership?

Here is a summary of the poll results by region: 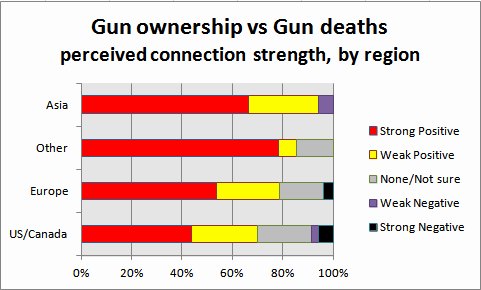 The debate on the gun violence and gun ownership connection has a clear Democrat/Republican divide - see recent analysis by Nate Silver.

However, regardless of your political opinions, please put on your analytics professional hat, look at the graphs and data below

and reach your own conclusions - what is the connection ?

Here is a plot of Gun deaths vs Gun ownership for all countries. The size of the circle represents the GDP per capita.
Circle color corresponds to percent of suicides, scaled red (100%) to green (1%). 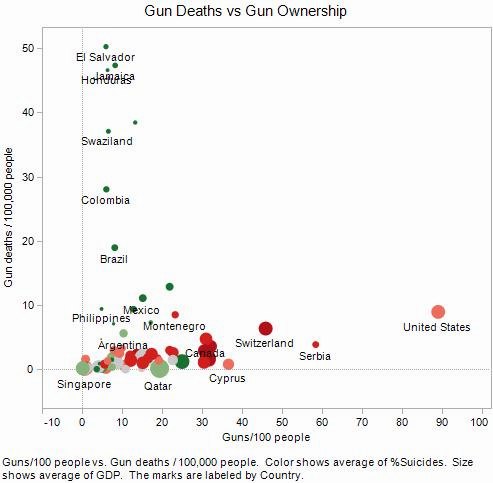 Here is the same data, but limited to countries with GDP over $20,000. 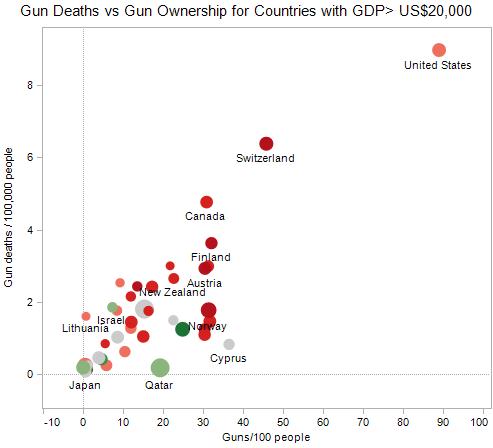 Since in most advanced countries most of the gun deaths are due to suicides (for example: USA 64%, Switzerland 88%, Canada 78%),
here is a chart which is limited only to gun homicides in countries with GDP over $20,000. 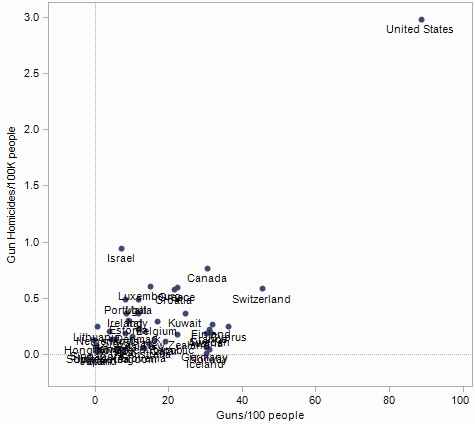 USA clearly stands out on both axes.

Finally, we can look at gun homicides vs guns ownership for countries with GDP over $20,000, but excluding USA. 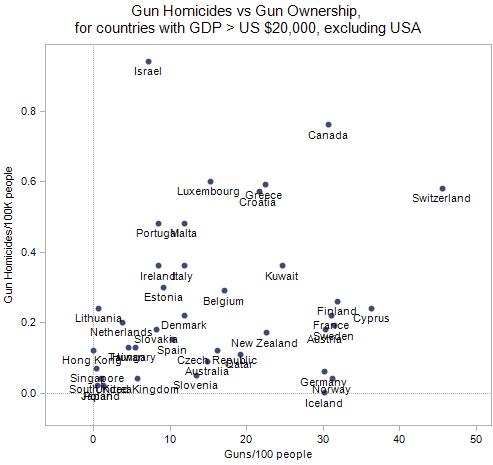 Here is the data I used for these charts, which was derived from Mark Reid data and Wikipedia.